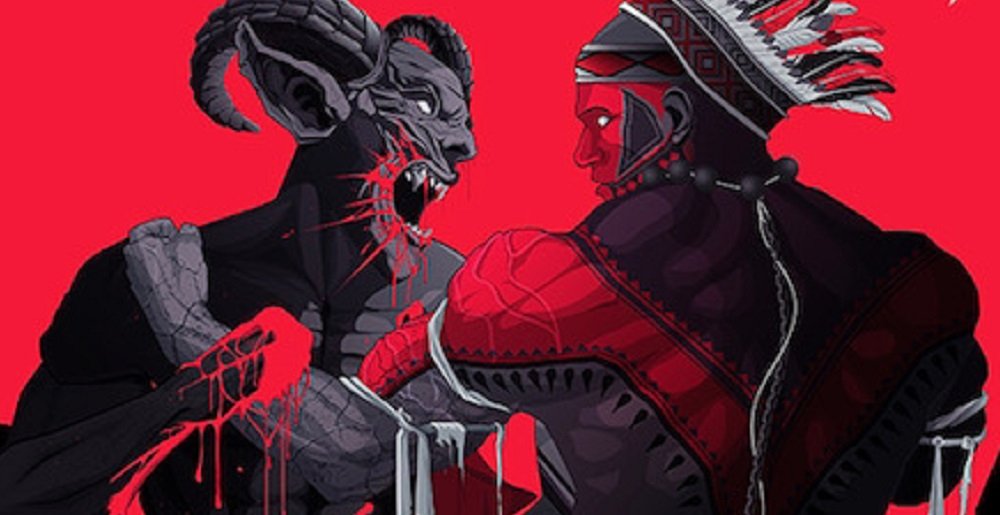 In the world of killer heavy metal tours, there are great lineups and then there are holy shit that’s a great lineup. Announced earlier today, the Klash of the Titans North American Tour will be a bit of the latter, as Kreator and Sepultura gear up to shred up the the U.S. and Canada throughout May and June.

Along with those two powerhouses will be Spiritworld and Death Angel, so it’s a packed bill from front to back. Though there are no venues confirmed as of yet, Sepultura’s Andreas Kisser said he was beyond stoked to be heading back to our part of the world later this year.

“I’m very excited to be back in North America with our friends and my personal idols Kreator! They were a very strong influence in our early days, and it’s great to see they are stronger than ever, which is how I feel with Sepultura as well. It’s going to be a historical run. Thrilled to have our brothers from Death Angel and the awesome Spiritworld with us. Do not miss this, metal is alive and well, so let’s celebrate ‘Klash of the Titans North America 2023’ on the road! See you all soon!“

The tour will start on May 12 in Harrisburg, Pennsylvania and ultimately come to an end on the biggest stage in the world — New York City on June 10. Just as Kisser had done, Kreator’s Mille Petrozza said he was excited to get the tour rolling in the next few months.

“I’m really happy to be back in the US this May with the mightiest of all…Sepultura. A new ‘Klash Of The Titans’ partnership and an absolutely stacked bill from start to finish. I’m looking forward to checking out Spiritworld live – a great new band with big riffs. Plus sharing the stage with the legendary Death Angel. Awesome! Can’t wait…see you in the pit!”

Metal Sucks Greatest Hits
0 -
Anthrax’s Frank Bello is Really Excited to Be Here, Not at All Concerned About Swallowing Bugs
0 -
Editorial: The Metal Community Must Stop Letting Phil Anselmo Off the Hook for His Racist Remarks
0 -
Incredibly Metal Six-Year-Old Girl Terrorizes America’s Got Talent
2860 -
What is the Best Christian Metal/Hardcore Band???? [you’re moshing 4 Christ]
0 -
Report: “The Number of Heavy Metal Bands in a Given Country is Associated with its Wealth and Affluence”
0 -
Teenage Environmental Activist Greta Thunberg’s UN Speech Turned into a Swedish Death Metal Song