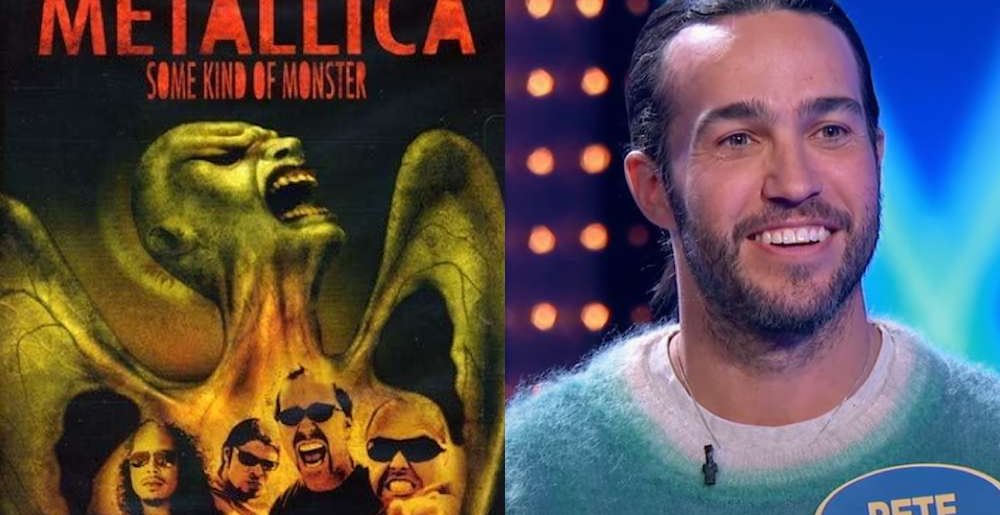 There’s a new Fall Out Boy record coming out soon. Apparently they’ve been teasing it for a while but I was too busy looking for Pantera updates to pick up on said teasers. Now that everyone’s talking about the album’s first single, “Love from the Other Side,” bassist Pete Wentz spoke to Apple Music 1. In the interview, Wentz revealed that he and singer Patrick Stump watched the 2004 Metallica documentary Some Kind of Monster before they began work on the album.

If you’re not familiar, Some Kind of Monster famously explores the making of Metallica’s controversial St. Anger album through a period of pretty intense personal and professional turmoil for the band. Wentz says that when the documentary was recorded, Metallica had existed for the same amount of time that Fall Out Boy have, giving him an interesting and perhaps unexpected perspective that other viewers wouldn’t have.

“Before we started working on the [new] record, I was watching Some Kind of Monster. Somehow in my head, I always thought that they were a band for 30 or 40 years.

“I don’t really know why but I was like, ‘Oh, we’ve been a band the same length that they were a band when they shot this, which is just a really weird mirror to look into.”

Stump agreed that there are a lot of moving parts that go into making a successful record:

“Because what you were saying, the thing about, ‘Do they get along?’ There’s so many things that have to line up for a band to make a record at this point, let alone a good one.”

Fall Out Boy’s new album, So Much (For) Stardust comes out on March 24 via Fueled by Ramen/DCD2. If you’re looking to fill that time with something other than a Some Kind of Monster rewatch, you can argue about our list of the 15 most-metal pop punk songs of all time.