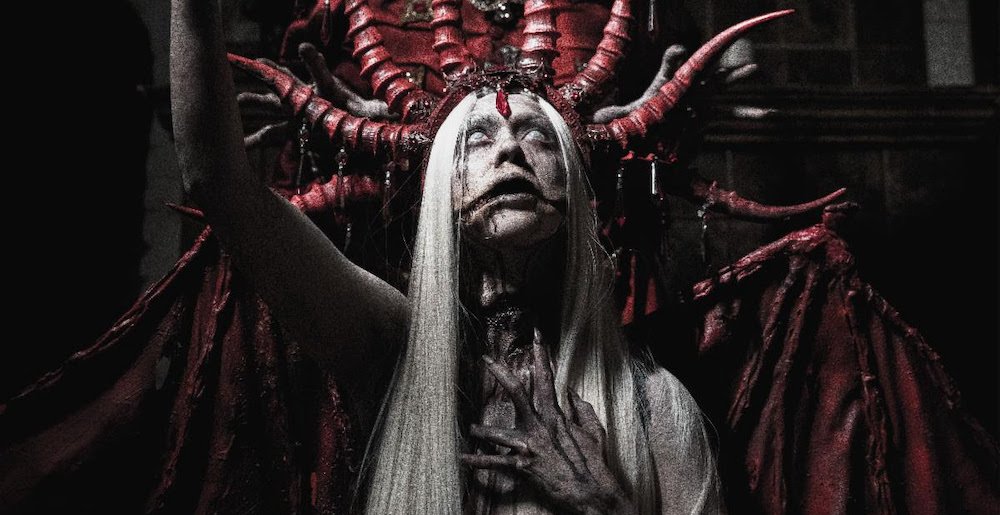 Ov Sulfur, the blackened deathcore group fronted by ex-Suffokate frontman Ricky Hoover, have announced that their debut album, The Burden Ov Faith, will see release through Century Media on March 24. Along with the announcement, Ov Sulfur shared the video for “Earthen.” The band’s comment on the song speaks for itself, but it carries as much emotional weight as the music does heaviness.

“‘Earthen’ is about my nephew who died from cancer at 16. After failed bone-marrow transplants, he decided to stop and let it take its course. It’s about witnessing that and being there, holding him when he died. That song is very emotional for me…

“I was actually crying in the studio tracking vocals. We needed the video to capture the sheer tragedy of that situation to really underscore how unfair and unjust it is for any ‘god’ to put a child through something as awful as cancer.”

“The guitar lead from this song is the first thing I wrote that ended up on the album, well over a year ago. The song came together quickly after that and has stayed very similar since. As such, it’ll appeal to fans of the ‘Oblivion‘ EP, as well as the newer stuff we’ve been putting out, with the most obvious growth being Ricky’s emotional singing and Leviathvn’s super tasteful drumming. We’re all really proud of this one.”

Metal Sucks Greatest Hits
0 -
L.A. Band Threatin Faked a Fanbase To Land a European Tour No One Attended
0 -
Worst Year Ever: All of Our 2012 Year-End Sh*t in One Place
0 -
Rammstein Members Kiss During Moscow Show, Violating Russia’s Anti-LGBTQ Laws
0 -
I, For One, Welcome Our New Robot Overlords
400 -
Danzig is Just Cleaning Up His Motherf*cking Bricks, Bitch
0 -
What Will Happen When a Member of Metallica Dies?