[Earlier in the summer, MetalSucks ran a special feature in which Shadows Fall went for a Burger Conquest at the Arctic Roadrunner in Anchorage, AK. You liked the story and demanded more like it. So: more like it. -Ed.]

With a 3rd Shake Shack location opened at Citi Field, home of the woeful MetalSucks favorite New York Mets, we had a perfect target for another Burger Conquest. But why stop at 2 blogs? We like to go big so we invited the Jose’s Chin Pubes from The Wright Stache (“The Internet leader in encouraging David Wright to grow a mustache”) and Mookie Singerman from the metal band Genghis Tron and our good friend Chuck — who somehow managed to hook up 5th row seats behind the 3rd base dugout, and also happens to run the road merch operation for Alice in Chains and others — to join in on our pursuit for a tasty burger.

If you’re a foodie like we are, you know all there is to know about the Danny Meyer “roadside” burger stand, the Shake Shack. If this is the first you have heard of it, there’s a reason for the hype; it’s awesome. You can read more by clicking here. One of our favorite summer pastimes is drinking and eating our way around a baseball park (See Yankee Stadium / Dodger Stadium Burger Conquests) this was lined up to be a lot of fun. With Mustaches adorned, we set off on our Conquest.

THE BURGER
Just like it’s 2 predecessors in Madison Square Park and the UWS, the line at the Citifield Shake Shack location is no joke. In fact, it’s guaranteed to be a 2 inning wait. If you like baseball, maybe not how you want to spend the game. If you like burgers, definitely worth it and there’s the giant jumbo tron behind the score board so you can watch the action. As we got in line Chuck made the suggestion to get a sausage with peppers and onions to quell our hunger and impatience. Gotta love Chuck. The Shack location is behind 2nd base in a little terrace called “Taste of the City” along with Blue Smoke, El Verano Taqueria and Box Frites. Not NY enough for you? Each of them features their own special Brooklyn Brewery beer! The Shake Shack offers up the Shackmeister Ale, an American Pale Ale with an bitter but slightly sweet herbal taste. It was really good and complimented the burger well. Oh yeah…the burger!

After waiting in line for 2 innings, my hunger and excitement was growing. 2 Shackmeister Ales and one Double Shack burger, no tomatoes. It looked good, it smelled great and sure enough, it tasted fantastic. The Shack delivers a juicy burger in a soft potato roll with a delicious west coast style sauce. It’s so good and there is no need for any other condiment on these hot little numbers. They’re savory, they’re oozing with grease and cheese goodness and bursting with flavor. I will say that in comparison, the 2 Manhattan locations are better and my burger was a little over cooked but that didn’t change my feelings that this is an awesome burger. Too bad the Mets suck and getting to and from Citifield is about as easy as pulling your bottom lip over the top of your head.

“Casual burger eaters love to shit on the seemingly endless lines that plague every Shake Shack–and Citifield is no exception. We waited on the line for a solid two innings, but HOLY SHIT was it worth it. Everything about this burger is fucking perfect: the meat patty isn’t over-cooked and is damn tasty–the toppings are fresh and the sauce is tangy–no ketchup or mayo needed. This place never ever disappoints–and considering the Mets were inevitably embarrassing themselves and all their fans, I didn’t mind missing a couple innings.”
-Mookie, Genghis Tron

“The Shake Shack burger was absolutely delicious. Despite the Rev’s insistence of ordering a single burger (“more food later”), he ended up ordering a double and was all the better for it. I usually don’t go for hyped food, especially when waiting in long lines is involved, but I have to say the Shack Burger is really worth it. Any time I’m at Citi and hungry, I’ll definitely go for the delicious, juicy, tangy Shake Shack! Perhaps Livan ate a few too many this year leading to his lackluster performance of late.”
-Jose’s Chin Pubes, The Wright Stache 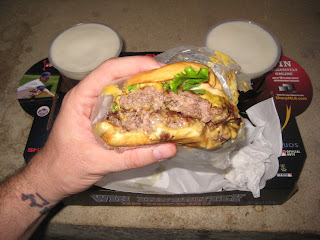 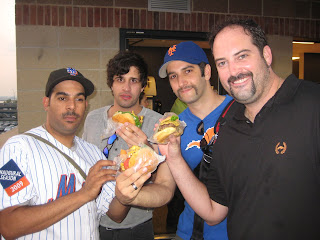 Big ups to Burger Conquester Chuck for the tickets, along with entrance into the Ebbets club with free beer and pretzels as well as entrance into the Acela Club! Made for a great time and a great story. All in all, Citifield is a modern park, with great views, wonderful food and drink choices. The one that had me laughing the most, the “Bottle Beer” stand that only had been in cans but at least they had Brooklyn Lager! Too bad its way out in BFQ and don’t go looking for that bar next to the park where you can meet up with friends, it’s all alone in a big parking lot. 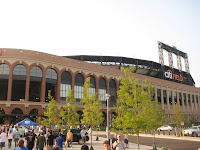 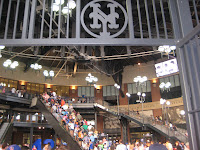 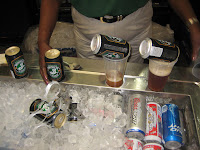 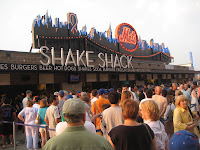 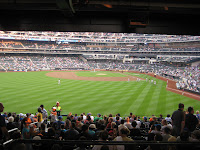 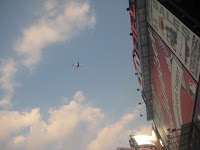 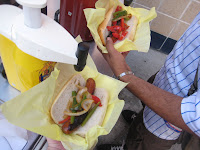 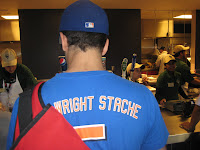 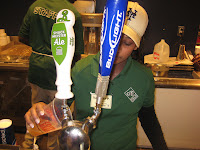 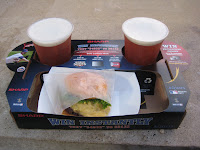 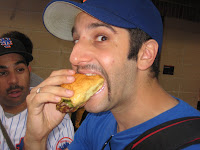 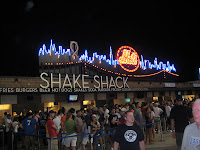 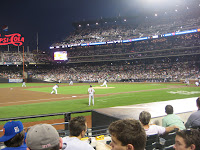 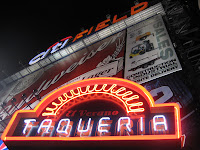 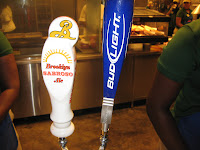 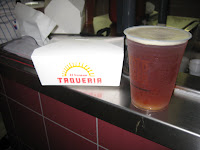 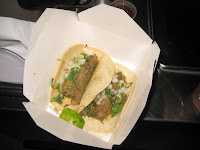 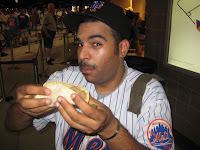 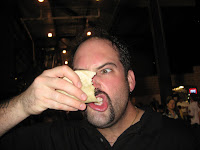 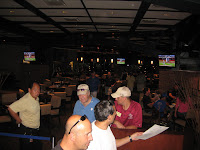 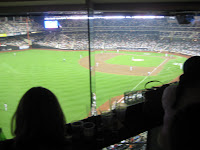 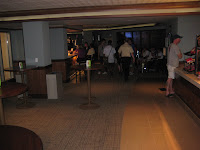 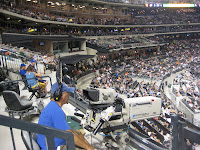 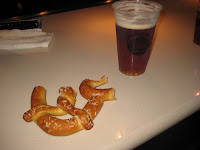 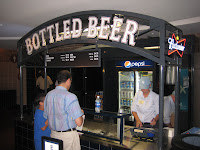 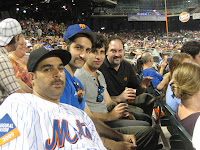 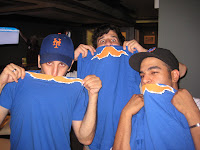 Metal Sucks Greatest Hits
0 -
Converse Rubber Tracks x MetalSucks: Everything All in One Place
0 -
Review: Megadeth’s Super Collider is a Super Catastrophe
0 -
Watch an Old Lady Rock Out to AC/DC’s “Highway to Hell”
820 -
Rigged: Dream Theater’s Mike Mangini Takes You Through Every Piece of His Mega-Drumkit [Part 1]
0 -
Just in Time for Passover: Big Four Yarmulkes?!?!
0 -
That Time Shaun Got Drunk and Filmed a Music Video with His Cat