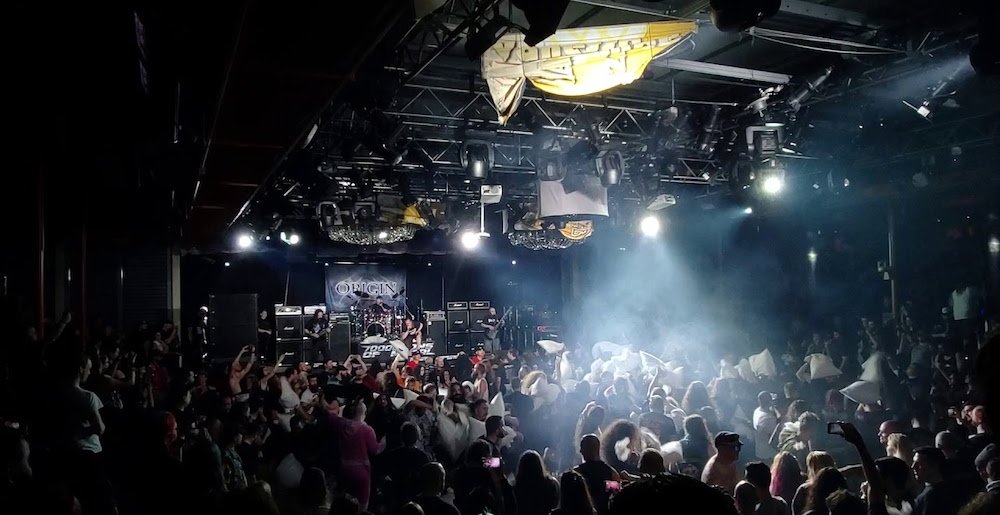 Watch Origin Start a Pillow Fight Wall of Death on the 70,000 Tons of Metal Cruise

Let it never be said that Origin aren’t innovators: the tech-death titans are part of this year’s 70,000 Tons of Metal Cruise (which concludes today!), and during one of their performances, they encouraged fans to bring their pillows into the pit for a very special wall of death. You can watch fan-filmed video below.

Metal Injection points out that Origin pulled a similar stunt when they were part of the 2015 cruise, and it nearly got them kicked off the boat. Clearly, this didn’t deter them from coming back for more, though. You can’t stop Origin. They are living on the edge.

Metal Sucks Greatest Hits
0 -
15 Ways Your Unsigned Band is Doing It Wrong
0 -
50 Metal and Hard Rock Musicians’ Yearbook Photos
0 -
I, For One, Welcome Our New Robot Overlords
0 -
I Am The Working Class: The MetalSucks Interview with Fenriz
1570 -
Frankie Palmeri’s Track By Track Breakdown of the New Emmure Album: A Track By Track Breakdown
1220 -
MetalSucks Exclusive: One Year Later, Peter Steele’s People Speak About His Life, His Music, and His Last Days