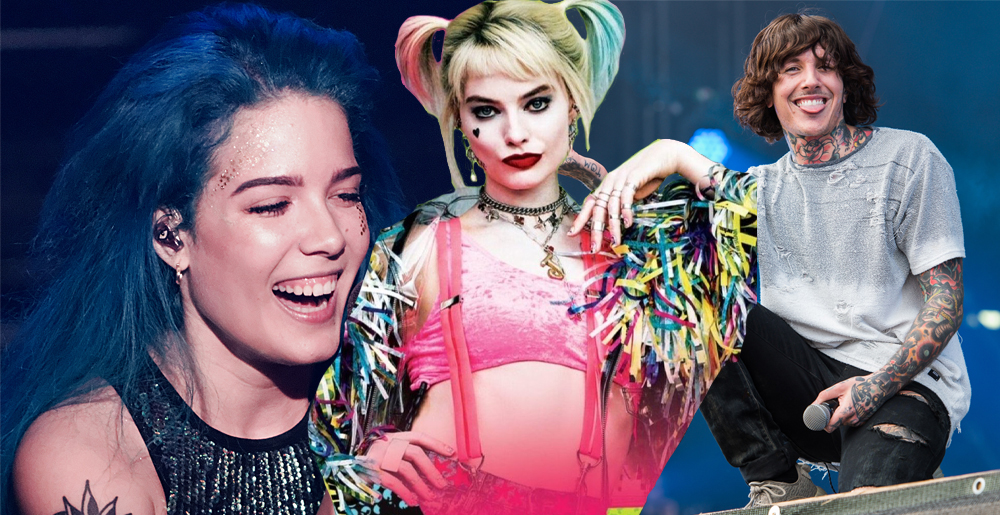 Birds of Prey will see noted Margot Robbie returning to the role of Batman anti-hero Harley Quinn, who was originally created to be the Joker’s moll before she became such a popular character that DC got her out of that abusive relationship and into her own spotlight (the subtitle for Birds of Prey is The Fantabulous Emancipation of One Harley Quinn). Even though Robbie is a noted metal fan, the Halsey/BMTH collaboration is the only metal-adjacent song on the soundtrack, which exclusively features female artists (grrrl power is clearly a big theme for this flick). I mean. I’m sure Robbie had little-to-no control over the soundtrack. But still. If you were hoping she managed to get some Halestorm on there, prepare to be disappointed.

Birds of Prey, the movie and the soundtrack, both come out February 7.

Metal Sucks Greatest Hits
0 -
Editorial: The Metal Community Must Stop Letting Phil Anselmo Off the Hook for His Racist Remarks
0 -
It’s Official: There is Too Much Slayer Merchandise
0 -
Type O Negative’s Peter Steele Once Punched Chino Moreno In The Face for Inciting an Onstage Riot
0 -
Twenty More of the Worst Heavy Metal Album Covers of All Time
0 -
Someone Made a Lemmy Doll from a Mr. Potatohead
0 -
Video: Killswitch Engage’s Adam Dutkiewicz Wins Everything on The Price is Right