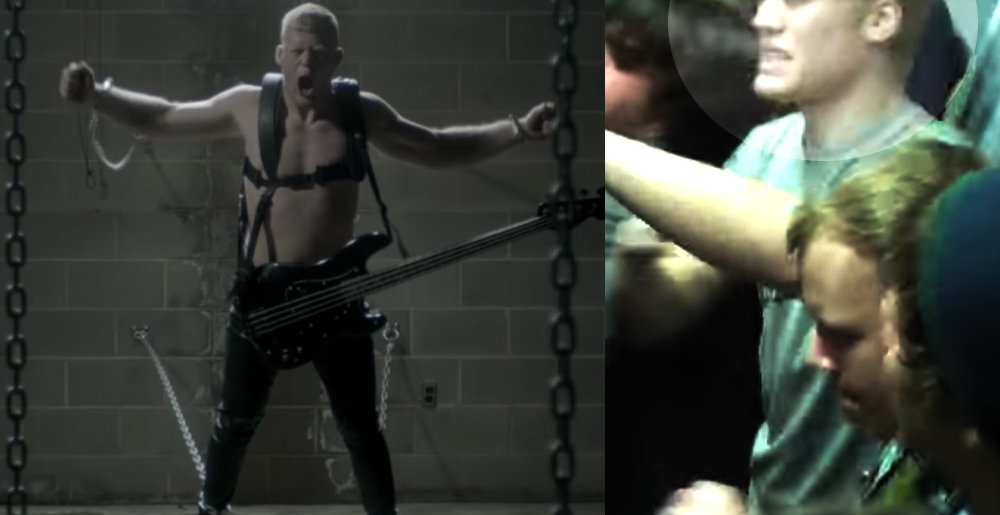 Two fun pieces of Code Orange news for ya this morning.

First: Lambgoat reports that, according to “a reliable source,” Code Orange will launch a tour with Jesus Piece, Year of the Knife, and Show Me the Body in April. Which seems perfectly logical, given that the band will drop a new album, Underneath, on March 13. We’ll let you know as soon as something is officially announced, natch.

Meanwhile, lest anyone doubt that Joe Goldman is very enthusiastic to be in the band, Kerrang! has unearthed video of the bassist rocking out in the audience of a show the band performed at West End 2153 in Ashtabula, Ohio in 2010, back when they were still known as Code Orange Kids (which made sense at the time, since they looked like children). So the moral of the story is, if there’s a local band you love, make sure you’re right up front at one of their shows, make your ardor for their work public, and maybe you can join their ranks someday.

Sponsored Links from Across the Internet
Show Comments
Related Articles
Livestreams 0
Code Orange Stream Their 2020 ‘Back Inside The Glass’ Livestream for Free
February 25th, 2022 at 8:42am Emperor Rhombus

Immediately following their opening slot for Korn and Chevelle.