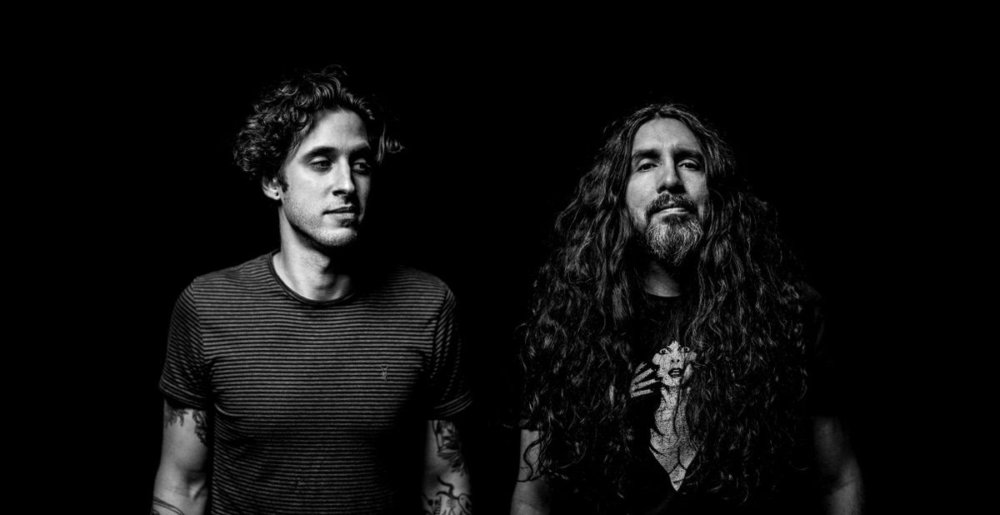 Former Torche guitarist Juan Montoya and ex-Royal Thunder drummer Evan Diprima have come together to chill out and make some mind-melting, immersive music in psych-rock-metal band Moon Destroys. After working together at an instrument store, the two started a band called Stallone a decade ago, and then drifted apart to work on other projects. Now, their first song “Blue Giant” is out today and features a guest vocal spot from Mastodon’s Troy Sanders. Their debut EP will be released later this spring.

The mid-tempo track begins by floating in a bouncy state of meditation, melding heavy, caustic riffs and raspy howls with hallucinatory back vocals and kaleidoscopic melodies. Halfway through, the song falls into an instrumental infused with strange hums and shriek-like noises, where the true galactic dimensions of their music take over to express an out-of-body experience.

Maiden Voyage will be released on March 27th via Brutal Panda Records and is available for pre-order now. Delve into the trippy world of “Blue Giant” below.