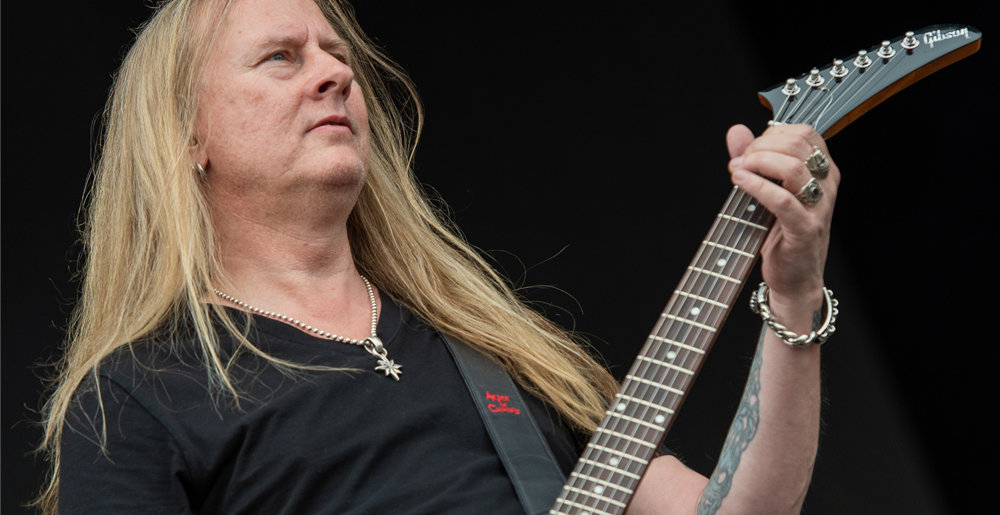 Speaking on the red carpet of the recent MusiCares Person Of The Year tribute to Aerosmith, Cantrell said:

Cantrell didn’t make his first solo album, 1998’s Boggy Depot, until it was fairly clear that Alice was dunzo, at least for the time being… and he hasn’t made another one since getting Alice back together in 2005. And given that he writes all of AiC’s stuff anyway, uh… well, I guess what I’m saying is, I don’t really know why he’d need or want to do a solo album, and it makes me a little nervous about Alice in Chains’ future to hear this news. Hopefully that’s just me being my usual pessimistic self…

Tour de Force 0
Jerry Cantrell to Bring His Solo Work Back on the Road Next Year
November 9th, 2022 at 1:15pm Hesher Keenan

Brighten was one of last year’s better releases.

New Stuff 0
I Must Be Trippin’ Balls Because This Jerry Cantrell Video is So Effin’ Weird
November 7th, 2022 at 3:23pm Hesher Keenan

What did I watch?

Metal Sucks Greatest Hits
0 -
A Sh*tstain on the Ass of the Universe, #28: Lie or Liar
0 -
The Top 25 Modern Metal Drummers: The Entire List in One Place
0 -
Slipknot’s Corey Taylor Shares Photo of “Post-Gig Make-Up Debacle” Beneath His Mask
0 -
15 Ways Your Unsigned Band is Doing It Wrong
0 -
Incredibly Metal Six-Year-Old Girl Terrorizes America’s Got Talent
0 -
Danny Worsnop is a Good Writer