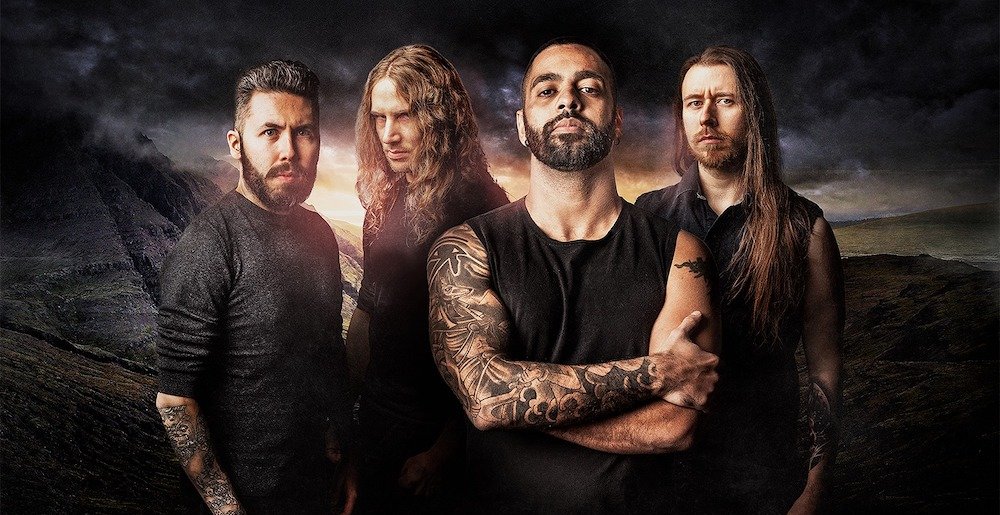 If you love epic, cinematic, blackened melodic death metal — and who doesn’t? — then you are gonna love Canada’s Aeternam. On their fourth album, Al Qassam, the quartet incorporates elements of Middle Eastern music and mythology into expertly-written, positively pulverizing anthems in the vein of bands like Fleshgod Apocalypse and Melechesh. Each track would absolutely work on its own even without the added Middle Eastern texture… but that texture turns Al Qassam into a truly hypnotizing, energizing experience that you will want to revisit again and again.

MetalSucks is proud to debut the title track from Al Qassam via a most-excellent Daniel X Vandal-directed video. Says the band of the track and accompanying clip:

“We are thrilled to reveal the music video for the title track of our new album, ‘Al Qassam.’ The song is a literal ancient incantation sung in Arabic. The video depicts a woman, played by the talented actress Mahafsoun, who performs a ritual to invoke one of the seven king demons of the Middle Eastern culture.”

Check out “Al Qassam” below. Al Qassam the album comes out March 27, and can be pre-ordered here!

Is it just me or is Metal Blade Records on […]