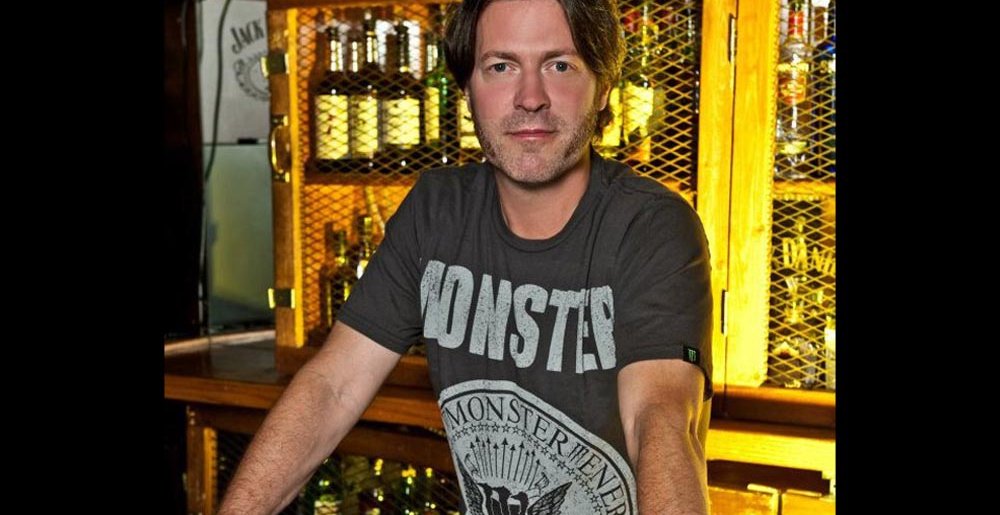 Don Jamieson — metal-lovin’ comedian, former co-host of That Metal Show, and current host of That Jamieson Show — is the latest to share his most prized threads for our My Metal T-Shirt Collection series! Don’s new album, Denim & Laughter, is out now on Metal Blade (order here); have a listen as you browse through his favorite t-shirts below!

First time I ever met Dime & Vinnie was with Damageplan. Quickly learned about black tooth grins, projectile vomiting and PediaLite.

Cocknoose was a stoner band from Kansas. I was doing one of those corny local morning tv shows to promote a gig there and ten seconds before we went on air I switched my t-shirt to this one and we went live. I was never asked back.

The sunniest Motörhead shirt I have in my collection and have ever seen. From their 2009 Canadian tour. RIP Lemmy!

This shirt is from the Def Leppard Vegas residency. They actually opened for themselves as the band ‘Ded Flatbird,’ which, if you say it fast enough, sounds a lot like ‘Def Leppard.’

No metal t-shirt collection is complete without one of the founding metal labels (and, coincidentally, the same one that puts out my comedy CDs!)

Performed at Metallica’s first OrionFest and all I got was this totally awesome t-shirt with my name on the back.

Love this Riot shirt because not only is that album sheer genius, but the tagline reads: “Available on Elektra Records and TAPES.”

This was a shirt that GN’R made for a 2002 show at MSG, but were never able to sell because of the word “Mothafuckaz” on the back.  The venue had a policy against profanity, and so very few people have this one.

Anyone who’s been to Duff’s Bar in Brooklyn knows it’s not only a metal-friendly drinking establishment, but also a metal museum of sorts.  This is my favorite t-shirt design by them, for obvious reasons.

This is a good one to wear for a family gathering.  I toured with these guys a few years ago on a tour bus with this logo in giant 9-foot letters on the side. We should’ve just wrote “Please pull us over every three seconds” instead!

Metal Sucks Greatest Hits
0 -
Footnotes: A Handy Catalog of Every Song from Which Avenged Sevenfold’s Hail to the King “Borrows”
0 -
Exclusive Interview: Lamb Of God Drummer Chris Adler on Randy Blythe’s Imprisonment, Upcoming Tour and the Future of the Band
0 -
Video: Rings of Saturn Guitarist Lucas Mann’s Criminal Abuse of Guitar Pro
0 -
Metallica’s St. Anger Was Released Ten Years Ago Today
0 -
Who are teh “BIG FOUR SCENE BANDS”????
560 -
The Austerity Program’s Justin Foley Wonders: Is It Okay to Listen to Music Made by People Who You Think Are Bad Folks?