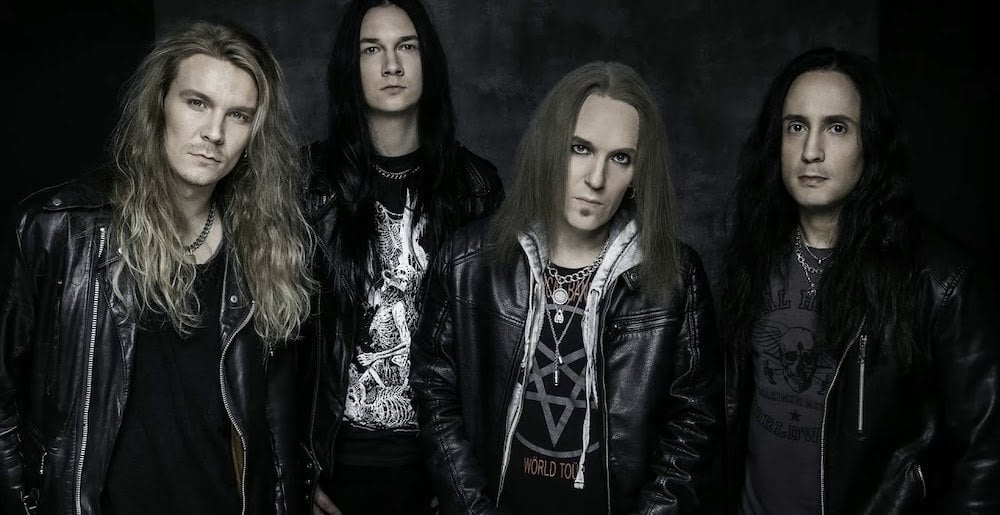 Will Bodom After Midnight Play Children of Bodom Songs? What Do You Think, Dummy?

Alexi Laiho (and Daniel Freyberg) can’t use the Children of Bodom name anymore, so they’ve re-branded themselves as Bodom After Midnight. And I don’t know why anyone would think Bodom After Midnight (or BAM!, as I’m gonna insist on calling them from now on) would not play Children of Bodom material, given their name, the fact that half their line-up was in Children of Bodom, and that one of those two people was CoB’s most famous member… but if you were worried about it at all, Laiho puts that fear to rest in a new interview with Kaaos TV:

“We will be playing Children of Bodom songs, as that is what most of the audience want to hear. Those songs are written by me anyway, so I don’t see any reason why not to play them. There will be so-called ‘basic’ songs, but there are also plans to play one or two songs live which Children of Bodom has never played so far and some songs which we haven’t played live in ages, so the setlist will be a good mix. We try to play as diverse setlist as possible on each show.”

In other news, water is wet.

You can watch the entire interview below. Bodom After Midnight, which also includes drumer Waltteri Väyrynen(Paradise Lost) and bassist Mitja Toivonen, have three upcoming festival dates, assuming any of these festivals get to happen:

Host are a new band featuring Nick Holmes on vocals and Greg Mackintosh on guitar, both of Paradise Lost fame.