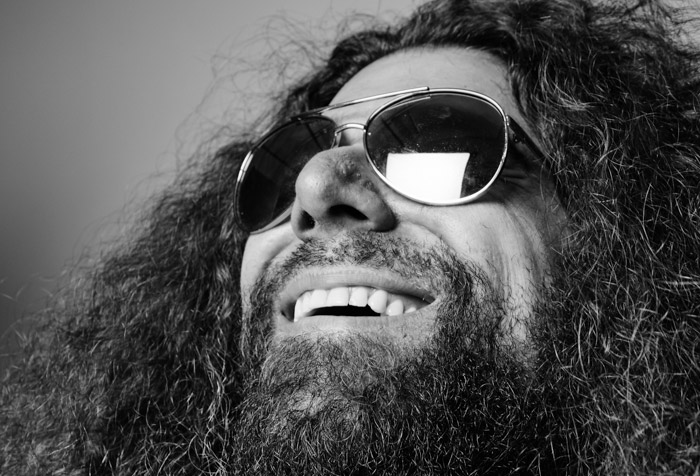 Currently quarantining at home in Brooklyn, NY, Coheed & Cambria mastermind Claudio Sanchez has decided to revisit his long-dormant acoustic/electronic solo project, The Prize Fighter Inferno. “More Than Love” is the first song released by the project since the Half Measures EP in 2012, and a press release promises that more music is coming in the next few weeks. The first and only Prize Fighter Inferno full-length album, My Brother’s Blood Machine, came out back in 2006. Give the new song a listen below.

Coheed & Cambria were one of the hundreds of artists whose touring plans were scuttled by the coronavirus pandemic. The first leg of their Neverender: No World For Tomorrow tour, scheduled to run from May 1 through 31, has been postponed; the band says they are holding dates for a rescheduled run prior to the tour’s second leg in August but are waiting to see what happens before announcing them. Meanwhile, that second leg is still a go as of right now, although it seems unlikely it’ll take place as planned. Keep up with MetalSucks’ running list of canceled and rescheduled tours right here.

Metal Sucks Greatest Hits
0 -
David Hasselhoff’s “True Survivor” Music Video Just Broke the Internet
0 -
Video: Dudes Rockin’ Out to Van Halen Meet David Lee Roth, Have No Idea Who He Is
0 -
Thirty of the Worst Metal Band Promo Photos of All Time
2080 -
The History of Metalcore/Screamo
0 -
The Secret 2 a Successful Career in Music
1860 -
The Top 25 Modern Metal Guitarists: The Entire List in One Place