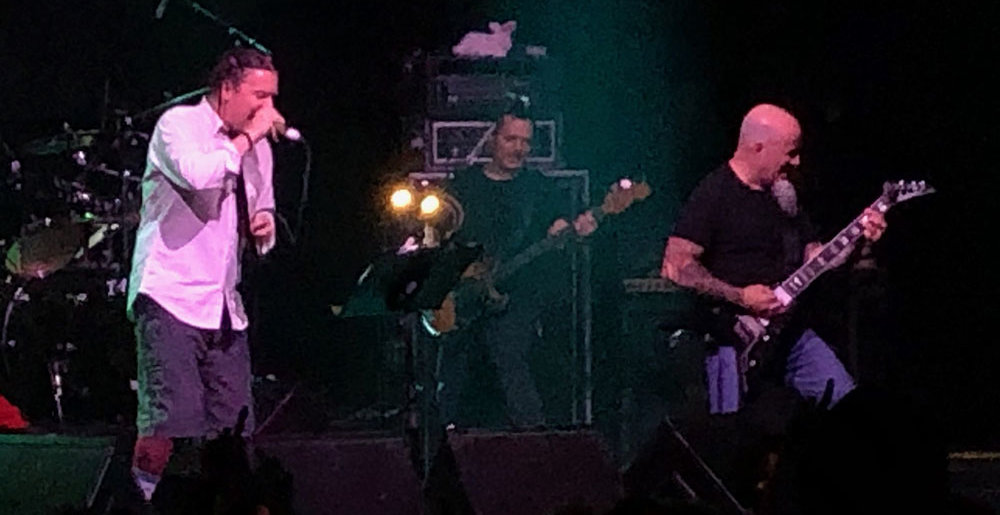 Mr. Bungle Release New Music for the First Time Since 1999

We knew that Mr. Bungle were in the studio re-recording their 1986 demo, The Raging Wrath of the Easter Bunny, but apparently they took some time out of those sessions to record some new (or at least semi-new) material as well: the influential experimental band has now released a cover of The Exploited’s “USA” (it was called “Fuck the USA” in my day). While it may not be a “new” song insofar as it’s a cover, it is the first time Mr. Bungle have released any newly-recorded material since 1999. Their hiatus is old enough to legally drink!

ANYWAY, the track, which includes lyrics about both class inequality and America’s lackluster healthcare system, seems like an appropriate one to re-interpret right now, given everything that’s going on in our country. And that’s not a coincidence: the band “is donating 100% of the proceeds from both the song and a limited edition t-shirt [below] to the MusiCares COVID-19 Relief Fund,” according to a press release. Their label, Ipecac — which vocalist Mike Patton (Faith No More) co-owns — will also be donating 100% of its proceeds to the same charity.

“Doesn’t matter what part of the political spectrum you are on, everyone at some point has said ‘Fuck the USA.’ The closest thing we have to a universal sentiment.”

“This is a song that resonates and speaks to the country that Ipecac calls home. Over 100,000 US citizens are dead from the pandemic. At the same time protective masks have turned into a political football and no one has a grasp on testing. Racism continues to rear its ugly head. Police brutality spikes, unemployment spikes, depression spikes and ‘our’ ego driven elected officials don’t seem to care. We need to do a better job of looking out for each other. MusiCares looks after all of us in the music community.”