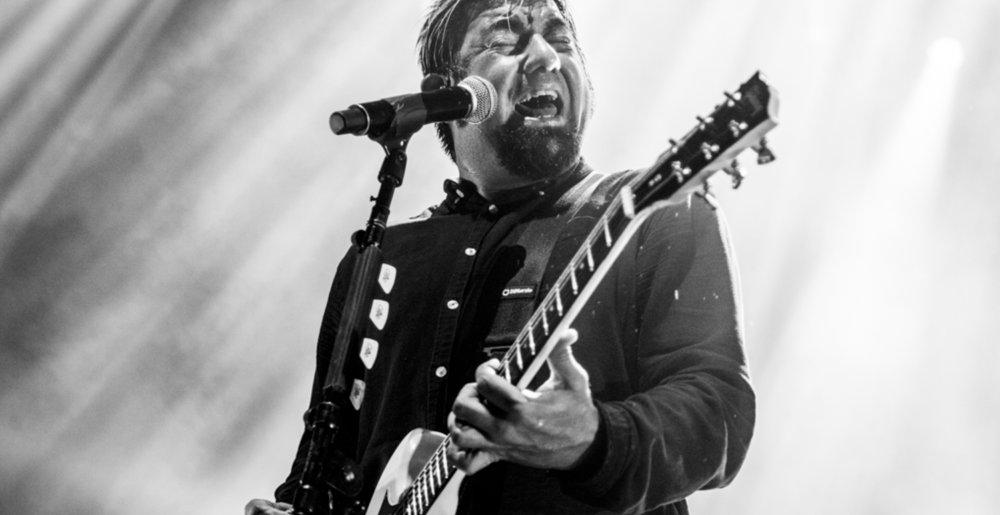 All of three weeks ago, Deftones drummer Abe Cunningham said in an interview that the band’s new album, which they’d just completed, would likely be out in September. But for those of you who require all Deftones-related news to be uttered by frontman Chino Moreno in order to believe it , now you’ve gotten your stamp of approval.

“We have a record that we finished maybe… a few weeks… maybe a month ago, about a month ago we finally got all the final mixes of it. It’s supposed to come out in I think September.”

“I think September” is a weird thing to say about a planned album release that’s two months away — one would think Chino would be involved in the selection of singles, timeline, and planning of other marketing efforts that are no doubt already underway if a September release is firm — so I’d hold off on getting too excited on that date just yet. Still, it seems likely given it’s now been endorsed by two band members (one very recently), and if it doesn’t end up being September, it probably won’t be too far beyond.

Deftones had originally promised this album would be out in 2019. Their old pal Terry Date handled production efforts.

Metal Sucks Greatest Hits
0 -
Has Moshing Turned Into a Form of Bullying?
0 -
Video Footage of Emmure’s Frankie Palmeri Getting Electrocuted On Stage in Russia
0 -
Iudicia is Your New Favorite Band
0 -
Students at British School Sing Iron Maiden’s “Flight of Icarus”
1220 -
MetalSucks Exclusive: One Year Later, Peter Steele’s People Speak About His Life, His Music, and His Last Days
0 -
I, For One, Welcome Our New Robot Overlords