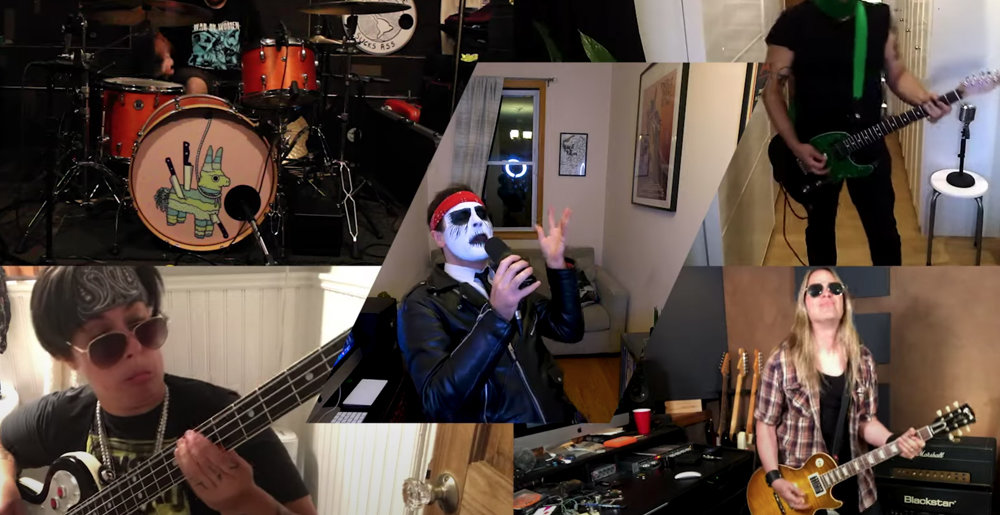 Pup + Masked Intruder + Mrs. Smith Cover Bonnie Raitt’s “Something to Talk About” in the Style of Guns N’ Roses

For the latest in his series of “Bedroom Covers,” Two Minutes to Late Night host Gwarsenio Hall (né Jordan Olds) has recruited Zack Mykula (Pup), Intruder Green (Masked Intruder), La Sinistra (Witch Taint), Angela Phillips (A Deer A Horse), Mrs. Smith (who recently won a “wah-off” against Metallica’s Kirk Hammett), and Angus Clark (Cher… yes, that Cher) to a cover of Bonnie Raitt’s “Something to Talk About.” If that doesn’t sound sufficiently metal, though, worry not: the twist is, they did the song in the style of Guns N’ Roses. This song has always been stoopid-catchy, but add in some ’80s sleaze, and… well… Slash would be proud!

Give yourself something to talk about below:

Metal Sucks Greatest Hits
0 -
Will People Please Shut Up About the “Fake Amps on Stage” Debate?
0 -
Report: “The Number of Heavy Metal Bands in a Given Country is Associated with its Wealth and Affluence”
0 -
Joey Jordison Claims He Was Fired from Slipknot Via a Singing Telegram
0 -
Rigged: Luke Hoskin of Protest The Hero
2860 -
What is the Best Christian Metal/Hardcore Band???? [you’re moshing 4 Christ]
270 -
Exclusive Band Meeting Transcript: Morbid Angel Decide to Release Illud Divinum Insanus Remix Album