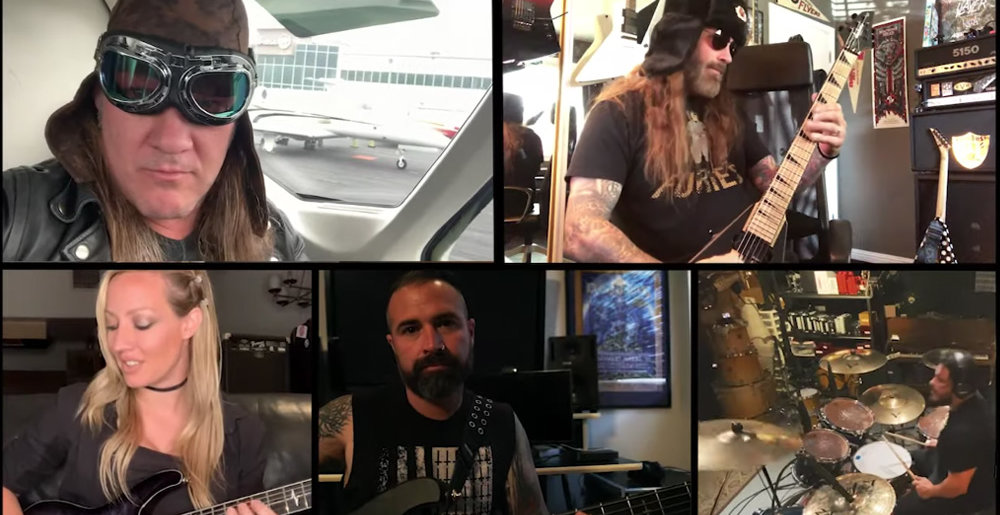 World, meet The Wheelblocks, the latest group of well-known metal musicians banding together to record covers while the world is on pause. Specifically, these metal musicians:

For their first lil’ ditty, The Wheelblocks have covered Iron Maiden’s “Aces High.” You can check it out via the below, thought-provoking music video, which will make you ponder such questions as “Has Johnny Christ attempted to play pool with a bass before?”, “Who gave Chris Jericho access to their airplane?”, and “Where did Phil Demmel get that most excellent hat?”. The song be on all DSPs starting tomorrow, August 7.

No word on what Sebastian Bach thinks of Jericho’s vocals, but he sounds okay to me.