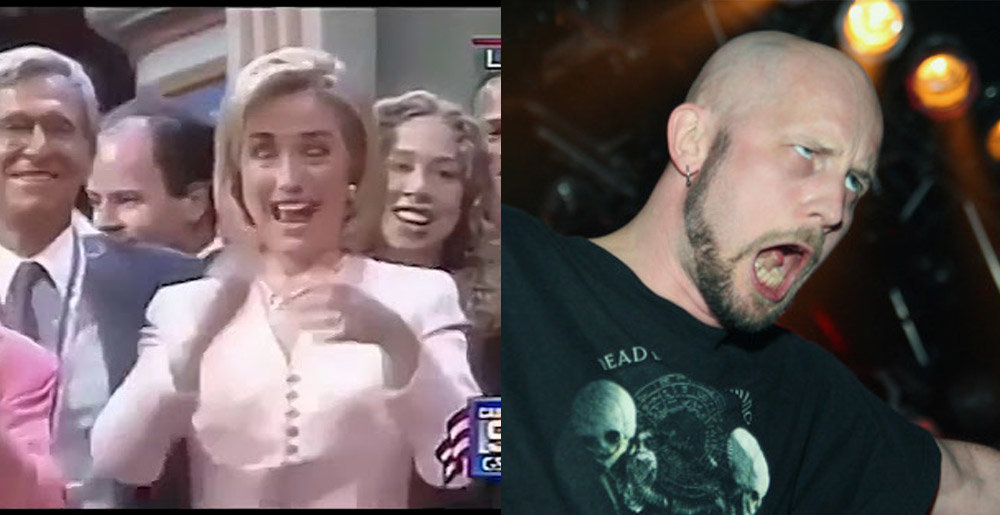 My news alerts and social media feeds were abuzz with updates from the Democratic National Convention last night, but I just could not be bothered to care. Must defeat Trump, yadda yadda, yes, I agree… I just can’t be moved to actually give a shit about the corporate, shot-ass Democratic party right now, you know? I don’t need to hear the speeches to know what all the politicians are saying, and I don’t need to be privy to the self-congratulatory bullshit parade of moderates.

This mashup of footage from various DNCs of the past with Meshuggah’s “Bleed,” however, is EXACTLY what I need. It’s also what you need. And at only 45 seconds long, it’ll barely take more time to watch it than it will to go pee after your morning coffee. And it’ll certainly make you smile wider. Kudos to MetalSucks reader Drike 666 for putting this together and sending it in.

As for the real Meshuggah, they proactively called off their touring plans for 2021 to focus on finishing their next album. That right there is way more exciting than a Joe Biden presidency!

News 0
Meshuggah Recruit the Help of Some Artificial Intelligence to Create their Latest Video for “They Move Below”
November 15th, 2022 at 4:08pm Hesher Keenan