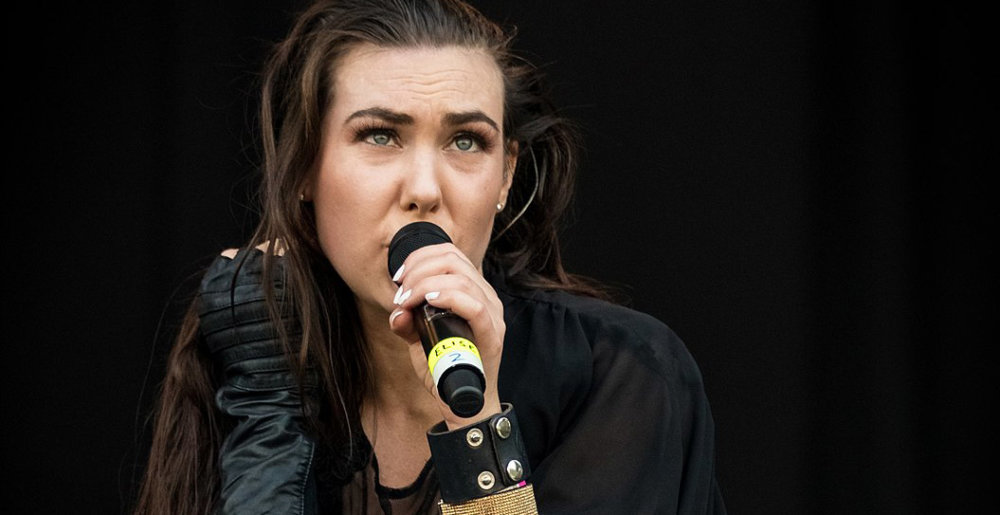 Amaranthe vocalist Elize Ryd was our guest on a recent episode of The MetalSucks Podcast to discuss the band’s upcoming album, Manifest (October 2), how the mental reality of the pandemic affected its recording process, her desire to put out an official live DVD/Blu-ray release and more.

On that last topic, Elize had some interesting thoughts to share, particularly on how she finds fan-filmed cell phone footage of Amaranthe to be a bit unsettling to watch:

“It’s not fair, it twists the sound, it’s so weird. And you look strange and it’s just not like in real life… I hope! I mean, I haven’t seen our show myself from the outside, but I hope its not going to look and sound like that!” [laughs]

Elize elaborated of the band’s plans to finally put out a live video release:

“I have always wanted to put out a live DVD because I think we are a live band, and these mobile filmed YouTube videos are not so representative, I think. So it would be amazing, and yes, that’s something we’ve discussed but for some strange reason, it didn’t happen.

“Now we have a new record label. It shouldn’t matter but if we want to make it happen we need to get a clear sign from both labels. The old one, Spinefarm, and [the new one] Nuclear Blast. There’s so much political… [laughs] I’m just kidding.

“But yes, we have talked about it, I have a very good vision. Also we want to go all in, extreme, and I guess we would need a really big budget for that. But also I wouldn’t mind doing a smaller, cozy live DVD recording just to get good sound for once on our live shows.

“We don’t really know when and how, but someday we will. ‘Cause I love to watch live DVDs, that’s my favorite. When I watch Nightwish from back then, for example, it’s like one of my favorites from 2013 [at Wacken]. And Kamelot’s old DVD, and their new one, it’s amazing. It’s great. That’s a goal, and a dream we have still.”

You can listen to the full chat right here or below.

The band is also kicking off a co-headlinging an European tour.

What makes Amaranthe Amaranthe? Find out as Gear Gods deconstructs their songwriting style.