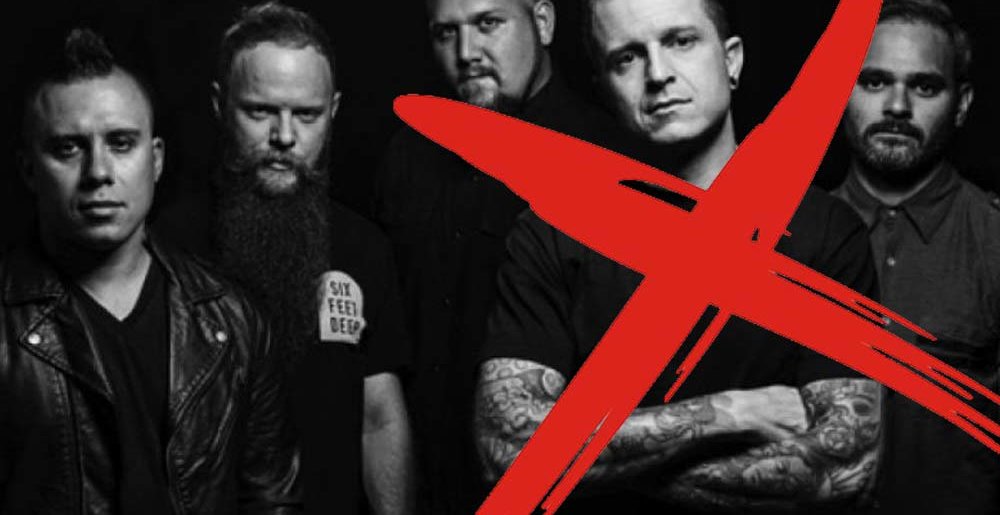 Officially Official: Alex Varkatzas Is Out of Atreyu

It is not a great week for lead vocalists staying in their band.

More than a month after reports that Atreyu have parted ways with vocalist Alex Varkatzas, the band and the screamer have both confirmed his departure.

“We have been a band for over 20 years now. Lived our dreams together as friends and as brothers. We traveled the world doing what we love, and have been fortunate enough to play music for such an incredible fan base that provides us with the opportunity to share our greatest moments with them.

“Now a time of change has come for all of us. Alex Varkatzas is sailing off on a ship of his own, and will part ways with Atreyu. He will not disappear, and neither will Atreyu. There’s nothing but love and respect for each other, and we can’t wait to see what he will come up with next. Stay tuned for his upcoming projects and we all wish him success and fulfillment with all his future endeavors.

“Atreyu’s next adventure is among us.

“We love you, we’ll see you shortly.”

“After 20 rewarding years of creating music with Atreyu, the band and I are parting ways. I am forever thankful for the memories, experiences, and friendships made along the way. Thank you to all of the friends and fans. I have lots of new music and art to share with you in the future. With love and respect.”

My unsolicited random thoughts about this:

From a career perspective, this is probably not great news for either party. Varkatzas is one of Atreyu’s two most recognizable members, along with drummer and clean singer Brandon Sailor… and since he’s stuck behind a drum kit, Varkatzas has really been their frontman. Of course there are plenty of other people who can scream their guts out, but will fans accept that person? Put another way: lotsa people can do Varkatzas’ job, but can anyone do Varkatzas’ job?

If the careers of any other vocalist who has ever gone solo is any indication, fan demand will mean Varkatzas has no choice but to keep doing Atreyu songs with his new project. After the whispers of his departure started, Varkatzas announced a desire to start “a super heavy band” with “some sick Swedish riffs” and “super heavy breakdowns,” citing Blood Has Been Shed, In Flames, and Lamb of God as potential influences. That band is going to have to be SO FUCKING GOOD or SO FUCKING DIFFERENT for people not to treat it as Atreyu II.

So, my bet is that the reunion happens after one album cycle, two albums cycles tops. So don’t get too upset, Atreyu fans!

Meanwhile, I’d like to take a moment to remind everyone that Varkaztas implied that the initial reports of his leaving Atreyu were #fakenews. Coming from the guy who dismissed the influence of Sabbath and Metallica on his music and claimed his band invented metalcore, this is actually one of the less-silly things he said. Still. Gimme a break, bruh.