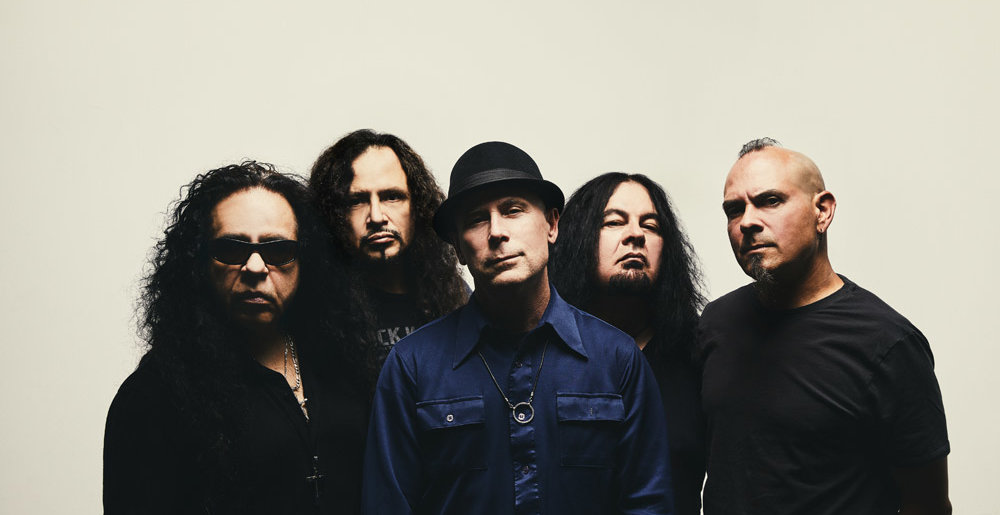 Legendary vocalist John Bush of Armored Saint (and formerly of Anthrax) is our guest this week. We discuss the band’s new album, Punching the Sky, trying to keep his lyrics positive in light of all the terrible things happening in the world, why he doesn’t have personal social media accounts despite the assets they’d be to the band, the importance of surrounding himself with the people who helped him rise up, and the band’s virtual record release show at the Whiskey A Go Go scheduled for October 10. We also talk about the wildfires currently raging all throughout California, growing up in Los Angeles and the current homeless situation there, feeling like we live in denial by looking the other way instead of acknowledging problems, and the split lives we lead because of technology,

Petar, Brandon, and Jozalyn tackle the news of Burton Seabell exiting Fear Factory, how that affects the release of the band’s new record, and if we think fans will accept Fear Factory with another singer.

Songs: Armored Saint – “Standing On The Shoulders of Giants” and “End of the Attention Span”

Metal Sucks Greatest Hits
300 -
Free Download for Your Listening Pleasure: NYC Sucks, Volume 2, Featuring The Best of New York City’s Metal Scene
0 -
Someone Made a Lemmy Doll from a Mr. Potatohead
0 -
BREAKING: Slipknot Guitarist Mick Thomson Stabbed in the Head by Brother
0 -
This Very Fat Cat is The Best at Metal Drums
2060 -
How Metal Nerds Choose What Bands To Like: A Scientific Model
0 -
The Top Ten YARLERS of All Time