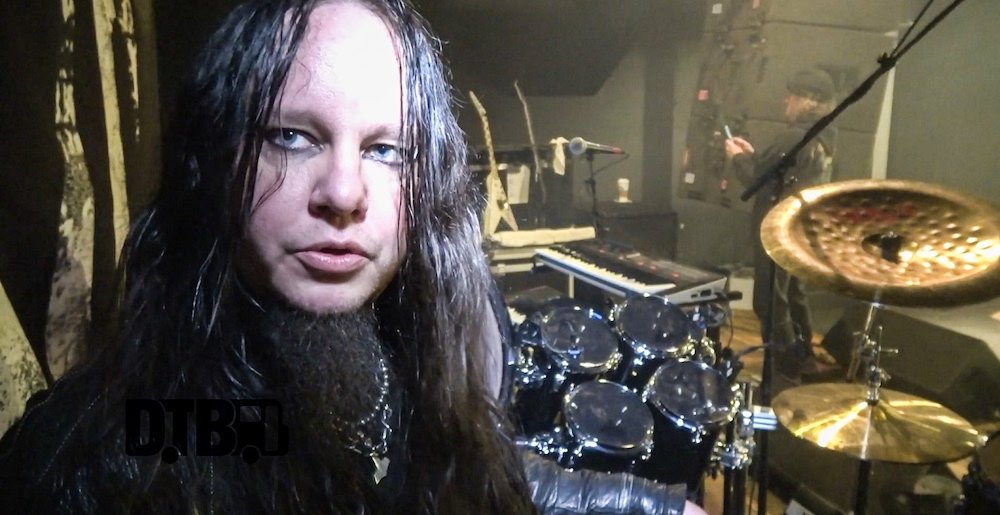 A Reddit user known as Quillsilver recently made an interesting discovery: her mom went to high school with former Slipknot drummer Joey Jordison… and has the yearbook photos to prove it.

“Going through my mom’s yearbook when I come across this guy,” Qullsilver posted on Reddit, along with some of the aforementioned yearbook photos. “My mom said he was pretty nice back in hs.” She later added:

“My mom described Joey as nice but he definitely tried to play up the coolness. She said he’d walk around with his drumsticks in his back pocket and would usually greet you with a ‘What’s up dude?’”

You can check out the photos below. It’s hard to believe they were taken in high school; Joey looks like a itty-bitty lil’ baby!

In June, Jordison reflected on the twentieth anniversary of Slipknot’s eponymous debut. You can read that here.

Metal Sucks Greatest Hits
0 -
Thirty of the Worst Heavy Metal Album Covers of All Time
1,3240 -
Wes Borland: Still Cool In Jakarta
0 -
Rigged: Wintersun
0 -
It’s Time to Stop Thinking of Women in Metal as WOMEN in Metal
0 -
Comedian Rob Delaney’s Open Letter to High on Fire’s Matt Pike
0 -
Report: “The Number of Heavy Metal Bands in a Given Country is Associated with its Wealth and Affluence”