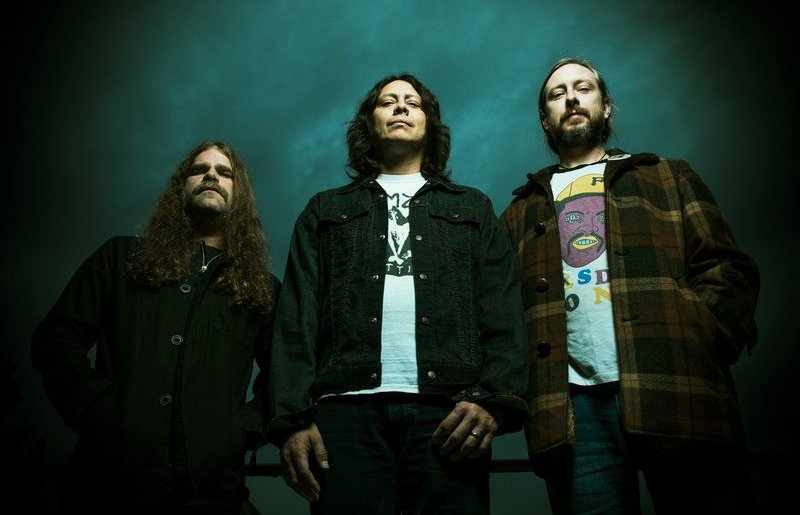 Magnetic Eye Records continues with its popular Redux series, which sees today’s metal musicians reimagine classic works from the past, both metal (Alice in Chains) and not (Pink Floyd). Their latest is a double-pronged affair that pays tribute to Black Sabbath’s Vol. 4 and a companion Best of Black Sabbath, both of which drop October 30, and today MetalSucks is pleased to premiere Earthless’s rendition of “Never Say Die” from the best-of set.

Earthless bassist Mike Eginton explains of the band’s decision to cover “Never Say Die,” and how the recording came together:

“We were originally going to record ‘After Forever’ or ‘Lord of this World’ but those songs, which are two of our favorites, didn’t really fit our style of playing. Mario came in with ‘Never Say Die’ and we all agreed that a faster pace song would suit us better. Also it was kind of cool to record a track that wasn’t from the first four, or six Ozzy era records. We recorded the song in our buddy Gabe’s living room, had him play a little organ, had Brendan Dellar from Sacri Monti come in and recorded the vocals. It was a very cool collaborative effort with friends. Those moments don’t happen too often. Thank to MER for asking us to be part of this tribute to one of the greatest bands ever to grace our ears.”