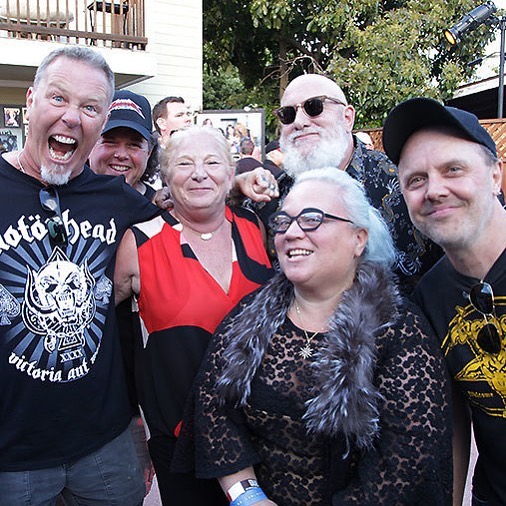 Marsha Zazula, who co-founded Megaforce Records in 1982 with her husband Jon (known to most as Jonny Z), died on Sunday, January 10. She was 68 years old. No cause of death has been publicly revealed.

Megaforce launched Metallica’s career and released their first two albums; Kill ‘Em All in 1983 and Ride the Lightning the following year. The label has been instrumental in the careers of a number of other notable metal bands over the years, including Anthrax, Testament, S.O.D., Overkill, Ministry and Bad Brains, and is still operating to this day.

Marsha and Jonny’s daughter Rikki, who herself spent many years working in the metal industry, confirmed her mother’s death in a post to Facebook yesterday, writing, “RIP Mom April 21, 1952 -January 10, 2021 Your love, Your strength, Your memory and Your music has changed lives and will continue to FOREVER.”

Metallica paid tribute to Zazula with a photo showing a reunion of sorts in recent years (early Megaforce publicist and current Adrenaline PR proprietor Maria Ferrero is also pictured), offering, “Rest In Peace, Marsha. Thank you for everything. Much love to @thejonzazula & the Zazula family.” Lars Ulrich added a post of his own with a different photo from the same day, adding a lengthier tribute:

“Thank you Marsha for making it happen…

“For supporting us, for encouraging us, for advising us, for sheltering us, for feeding us, and most importantly for cheering us on and along with your husband Jonny, believing in the possibilities of how a gang of misfits and outsiders like ourselves could connect with a larger and likeminded audience…

“You were an incredibly selfless matriarch and we’ll be forever grateful for the impact you had on our lives.

The current staff of Megaforce paid tribute to Marsha as well:

“The world of music owes a debt of gratitude to Marsha Zazula, who along with her husband Jon gave birth to some of the most musically significant artists. Marsha was one of a kind and taught the world to be fiercely independent. In our hearts,she’ll always be a guiding force.”

R.I.P., Marsha, and thank you for your tremendous addition to the metal world for decades. On behalf of everyone at MetalSucks, we wish her family and friends all the best during this difficult time.