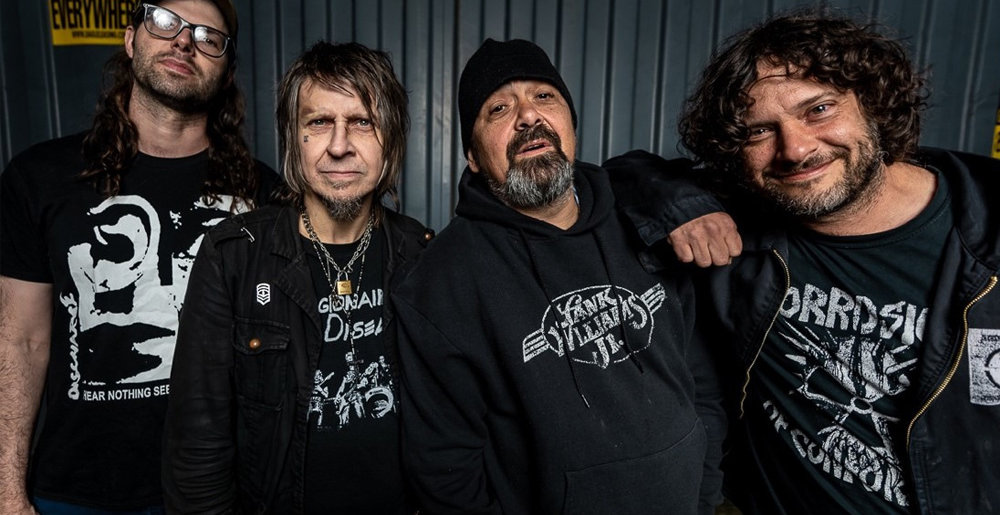 As we’ve said many times here on MetalSucks, after doing this for so long (we’re now in our fourteenth year), we’ve run out of synonyms for “heavy” and “brutal.” I know it’s an uptown problem, but really, I now struggle to find appropriately-negative, but also unique, terminology with which to positively describe a metal song.

Which is why I appreciate at least part of this statement from Eyehategod frontman Mike IX Williams so much. Describing the band’s new song, “Fake What’s Yours,” he says:

“‘Fake What’s Yours’ is the second single from our new album, A History of Nomadic Behavior, and it’s a pure uncut chunk of anti-authoritarian preach-speak set to a condescending guitar riff that could only be born from the dirty streets of New Orleans. We can’t wait for everyone to hear the full record, but for now, put on your gas masks, lock your doors, stay home and LISTEN!”

The guitar riff is CONDESCENDING! That’s a new one. Why didn’t we think of that? We’re always so honed in on physical violence as a means of conveying the feel of a song; we should totally start thinking more about more psychological, attitudinal adjectives. “This song is inconsiderate.” “This riff will gaslight you.” “The drums on this track are dishonest.” “The bass is patronizing.” “This guitar solo is greedy.” There’s a lot to work with here! THANKS, MIKE! We owe you a basket of muffins.

Listen to Eyehategod’s condescending “Fake What’s Yours” below.

A History of Nomadic Behavior will be released on March 12 via Century Media. It’ll be Eyehategod’s first new album in 2014’s self-titled release and their album since their 1990 debut, In the Name of Suffering, not to include guitarist Brian Patton (Soilent Green), who left the group in 2018 to focus on being a father. You can pre-order it here.

The deep south is in for some deep sh*t.