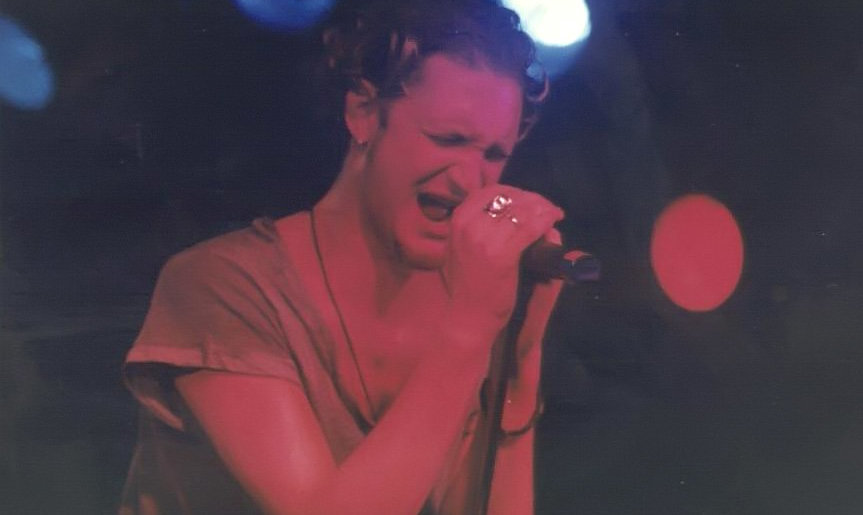 In 1993, during a performance in Stockholm, Sweden, Alice in Chains singer Layne Staley spotted a concertgoer giving the Nazi salute and attempting to assault another fan in the crowd.

Staley’s reaction? He invited the Nazi onto the stage… and then punched him before screaming “FUCKING NAZIS DIE!” (the crowd, it should be noted, seemed to very much approve).

After that, the show reportedly proceeded as normal.

Video of the incident was recently unearthed by the UK’s Far Out and can be viewed below (courtesy of Metal Injection).

Far Out reports that following the incident, the Nazi attempted to take legal action against Staley… which didn’t pan out for him:

“After the show, however, the man reported the band to the police who, in turn, started attempting to track down the Alice In Chains frontman. By this time, however, he and Biro were already on their way to catch a ferry to Finland. That said, local authorities did manage to catch up with the rest of the band who, in turn, had their passports seized until Staley returned. A brief investigation, which included the Nazi’s own brother siding with the band, resulted in Staley being praised by Swedish police and released immediately.”

Staley died in 2002, at the age of 34, from a heroin overdose. We can only imagine how many Nazis he may have gone on to punch if he were alive today.

Metal Sucks Greatest Hits
1840 -
The Final Word on Metal Drumming
0 -
Is Facebook Trying to Extort Bands and Brands?
0 -
Has Moshing Turned Into a Form of Bullying?
0 -
Elvira Defends Rob Zombie’s Munsters Casting: “Sheri Is Freaking Adorable as Lily Munster”
0 -
Op-Ed: Metal Vocalists Have Become Irrelevant
0 -
Anthrax’s Frank Bello is Really Excited to Be Here, Not at All Concerned About Swallowing Bugs