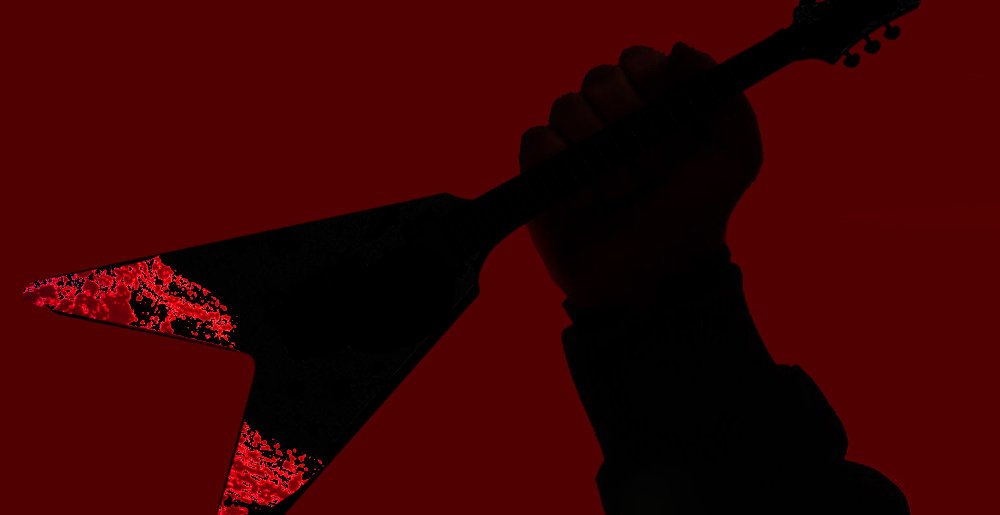 Video: Bladesmith Melts Slayer Guitar Strings Down to Be Turned Into a Knife

This may very well be the most Slayer that has ever happened.

The bladesmith Neil Kamimura, who you may recognize from winning the History Channel reality competition Forged in Fire, has melted down the strings guitarist Gary Holt utilized for Slayer’s farewell tour, and will use that metal to create a knife. The knife will presumably be large, sharp, terrifying, and ready to carve off someone’s face to make a “Dead Skin Mask.”

Adding to the metalness of this whole thing: Kamimura shared a video of the strings being melted down on TikTok, and commenters pointed out that at one point, the shape of a skull seems to appear in the liquified metal. Obviously it would be nutty to read any meaning into that observation — let’s not get all “I saw the Virgin Mary in my toast!” here — but it’s still pretty funny.

You can watch the video below.

Music Dorkery 0
Exodus’ Gary Holt: Focusing on Solos is the “Easy Way Out” and Rhythm Guitar is a “Test of Strength”
December 29th, 2022 at 3:51pm Hesher Keenan