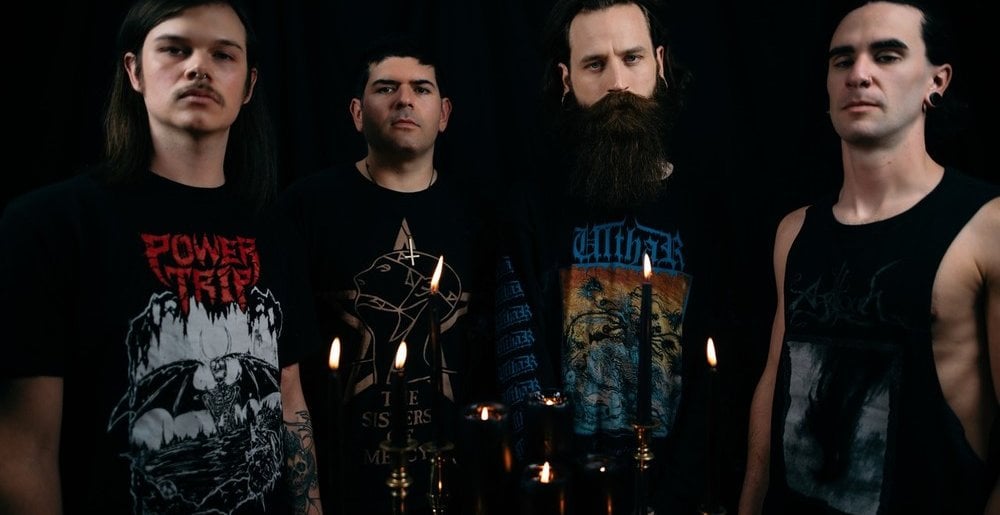 Wolf King have unveiled “Holy Serpent,” the second single from their forthcoming album, The Path of Wrath.

The track is available on streaming services the way it appears on the album, but the band has also released a video of themselves performing it in the studio, with audio recorded live. Fun way to promote a new track that I haven’t seen many bands do.

The band comment on the song and the live video:

“’Holy Serpent’ is about the manipulation and greed of religion. How they have caused wars and feed lies to the weak minded for their own profit.

“We did the video at Rapture Recordings to capture the live sound and energy that this track deserves. This song is easily one of our most anticipated from the album, and we can’t wait to play live. It’s groovy, packed with riffs, and is energetic from start to finish.”

The Path of Wrath comes out on March 5, 2021 via Prosthetic; pre-order here, and check out previous singles “Wandering Soul” and “Sanctuary.”

Here’s your guide to all of this week’s heaviest new releases! Includes Acid Mammoth, Baest, Witherfall, and more!!!

Another new single from the blackened heavy metal purveyors.

New album, ‘The Path of Wrath,’ coming early next year.

Metal Sucks Greatest Hits
0 -
MetalSucks Readers Declare Pantera The Most Unnecessarily Shat Upon Band in Metal!!!
2060 -
How Metal Nerds Choose What Bands To Like: A Scientific Model
0 -
Thirty of the Worst Metal Band Promo Photos of All Time
0 -
Rigged: Luc Lemay of Gorguts
0 -
Chad Kroeger and Avril Lavigne Finally Wrote a Song So Awful that the Internet Has Collectively Rejected It
1570 -
Frankie Palmeri’s Track By Track Breakdown of the New Emmure Album: A Track By Track Breakdown