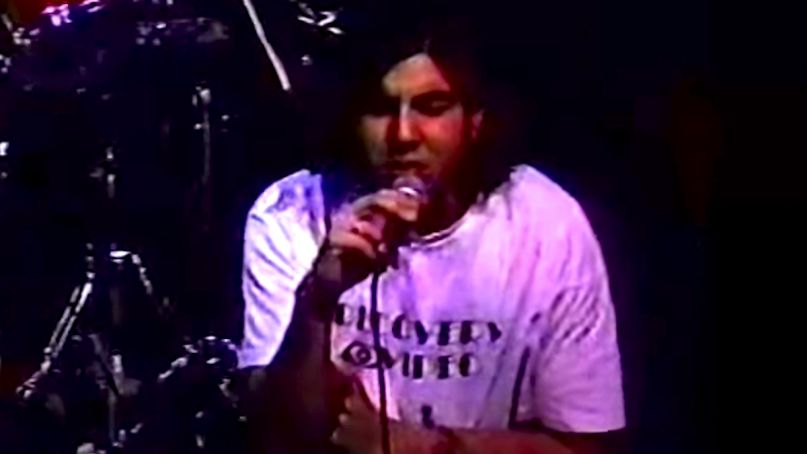 A previously unreleased video of the Deftones performing in 1992, one of the earliest known visual recordings of the band, has made its way online via the DeftonesLive YouTube channel.

The video, which the channel claims got the band’s blessing to be made public, features the Deftones performing a little-known song called “Answers” which appeared on their self-released 1993 album, (Like) Linus.

The recording shows a different lineup than the one that most fans know, with frontman Chino Moreno, guitarist Steph Carpenter and bassist Chi Cheng joined by John Taylor on drums (and keyboardist/turntablist/samplist Frank Delgado yet to enter the fold). Taylor had replaced Dominic Garcia (who had switched over from bass) in 1991 after Abe Cunningham left the band to tour with Phallucy, and would eventually be replaced himself when Cunningham returned in 1993.

The video’s description claims that it’s the earliest live recording of the band in circulation aside from a “commonly-known” 1990 clip recorded at the Guild Theater in Sacramento.

Among the curiosities within this video:

And much, much more. Watch this historical artifact, now nearly 30 years old, below.

Metal Sucks Greatest Hits
0 -
Meet Ironbunny, the New Babymetal
0 -
Missed Connections: You Puked at the Ulcerate Show (M4M – Brooklyn, NY)
3520 -
RIGHT NOW: MetalSucks & Metal Injection Live Snark The Big Four!!!
0 -
It’s Time to Stop Thinking of Women in Metal as WOMEN in Metal
0 -
What is the best subgenre of metal?? *please read*
0 -
For $16,000, Ted Nugent Will Stay the F*ck Away From Your Town