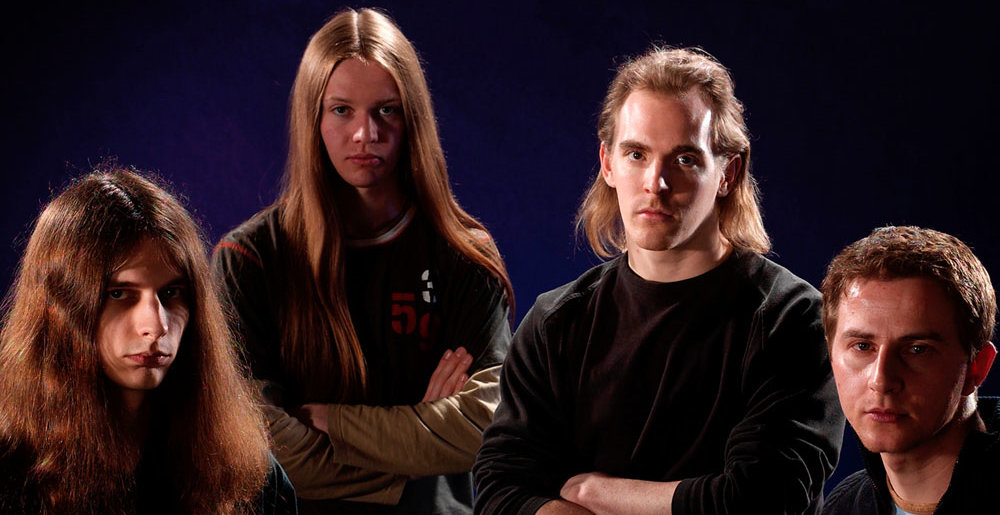 We thought the day would never come, but it’s finally happening: Necrophagist will release their third album, The Path to Naught, on Friday, August 6 via Relapse Records.

The news is slightly bittersweet: according to a press release, this is, in fact, the same album that has been sitting on mastermind Muhammed Suiçmez’s hard drive for some time. So it’s not “new” in the sense that it was recorded yesterday, and it’s not presently clear if the band will tour or not, and if they do tour, we dunno who’s gonna be in the line-up besides Suiçmez.

Says Suiçmez of his decision to finally release the record:

“The past year has been difficult and eye-opening for us all. I simply realized that life’s too short to put this much work into something that so many fans so badly want to hear and then never release it. I am thrilled the world will finally get to hear this material, which is some of our best.”

The first single, “Death to the Faithful,” will be released in just about two weeks, on Friday, April 16. So we just have to be a little more patient, and then we’ll FINALLY get to hear new music from Necrophagist!!!

In the meantime, the album will be available in the following formats:

View the album art below and track list, and pre-order it here!!!

“The whole myth would be gone. And they’d compare that record to the old record and of course everyone would say, ‘Oh, the old record is better.’ Because it always is, even if it isn’t.”

We discuss his new solo album, how it differs from his work with Alkaloid, why he hopes there will never be a new Necrophagist album and more.

Metal Sucks Greatest Hits
0 -
15 Ways Your Unsigned Band is Doing It Wrong
2780 -
Jumping Darkness Parade: Eyal on Bands That Can’t Duplicate Their Album Live
0 -
Students at British School Sing Iron Maiden’s “Flight of Icarus”
0 -
Report: “The Number of Heavy Metal Bands in a Given Country is Associated with its Wealth and Affluence”
2860 -
What is the Best Christian Metal/Hardcore Band???? [you’re moshing 4 Christ]
540 -
Worst Year Ever: All of Our 2010 Year-End Sh*t in One Place