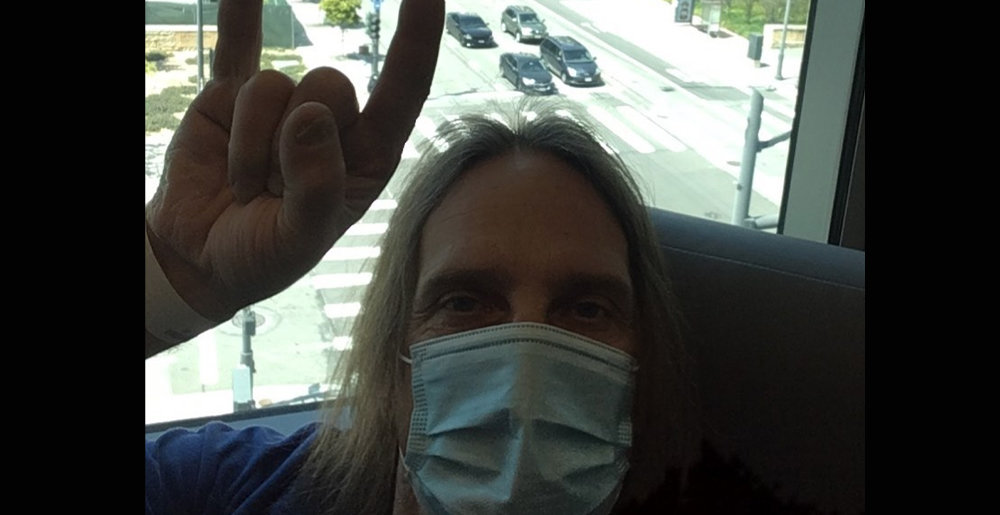 The drummer shared the above photo of himself on social media, along with the following message:

On Tuesday, Hunting revealed that he’s been diagnosed with squamous cell carcinoma, “a gastric tumor… in my upper stomach.” He assured fans, however, that he is confident he can win this battle:

“I’m gonna beat this like a fucking snare drum that owes me money!!! I’ve had great doctors and a great support system that is an army in itself. I’m ready for the fight!”

Metal Sucks Greatest Hits
0 -
BREAKING: Some Local Band Called Shrapnel are Tired of You Leaving the Show Before Their Set
3220 -
What is UR Favorite Classic Nu-Metal Band??
0 -
Meshuggah’s Jens Kidman is Now a Meme
0 -
Will People Please Shut Up About the “Fake Amps on Stage” Debate?
0 -
West Texas A&M University Launches Course in Metal Lyrics
0 -
Twenty Hard Rock and Heavy Metal Celebs’ Mugshots