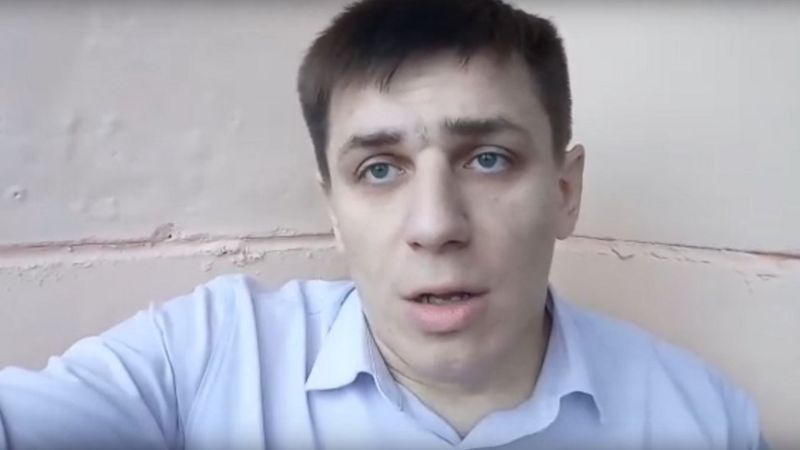 Andrei Borovikov, the Russian political activist who was charged with “production and distribution of pornography” after sharing sharing Rammstein’s “Pussy” on social media, has been sentenced to two-and-a-half years in prison.

Borovikov, age 32, plead not guilty to the charges. His lawyer, Andrei Kychin, tells The Moscow Times that they plan to appeal the decision.

Borovikov, the former coordinator for anti-Putin opposition leader Alexei Navalny, first shared the music video on the Russian social network VKontakte in 2014. In 2020, after Navalny was poisoned — likely by agents working on behalf of Vladimir Putin — Borovikov was suddenly arrested and charged.

The assumption, according to Amnesty International Moscow Office Director Natalia Zviagina, is that the trumped-up charge is merely being used as an excuse to stop him from continuing to combat Putin’s fascistic regime:

“The case against Andrei Borovikov is utterly absurd. It is blatantly obvious that he is being punished solely for his activism, not his musical taste.

“This is not the first time the Russian authorities have used an overbroad definition of ‘pornography’ as a pretext for locking up their critics. Earlier this month, artist and feminist activist Yulia Tsvetkova stood trial on pornography charges over her drawings of women’s bodies – it is astonishing that cases like this even make it to court.

“The prosecution of Andrei Borovikov is a mockery of justice, and we call for all charges against him to be dropped. The Russian authorities should be focusing on turning around the spiralling human rights crisis they have created, not devising ludicrous new ways of prosecuting and silencing their critics.”

Bolstering this theory is the fact that, as reported by the BBC, “Hundreds of reposts of the same clip are still available on VKontakte,” the Russian social media network Borovikov used — and no one else has had criminal charges brought against them for sharing the clip.

Rammstein have not commented on the situation. The last time the German industrial band performed in Moscow, in 2019, guitarists Paul Landers and Richard Kruspe kissed on stage in protest of Russian’s anti-LGBTQ laws.

Metal Sucks Greatest Hits
0 -
The formula 4 good music: Generic, but with a gimmick (*please read*)
0 -
Taking Risks
0 -
That Time Shaun Got Drunk and Filmed a Music Video with His Cat
0 -
Ten Reasons Why Record Labels Are Still Important
0 -
For $16,000, Ted Nugent Will Stay the F*ck Away From Your Town
1730 -
Leyla Ford’s Eleven Cardinal Rules of Attending a Concert