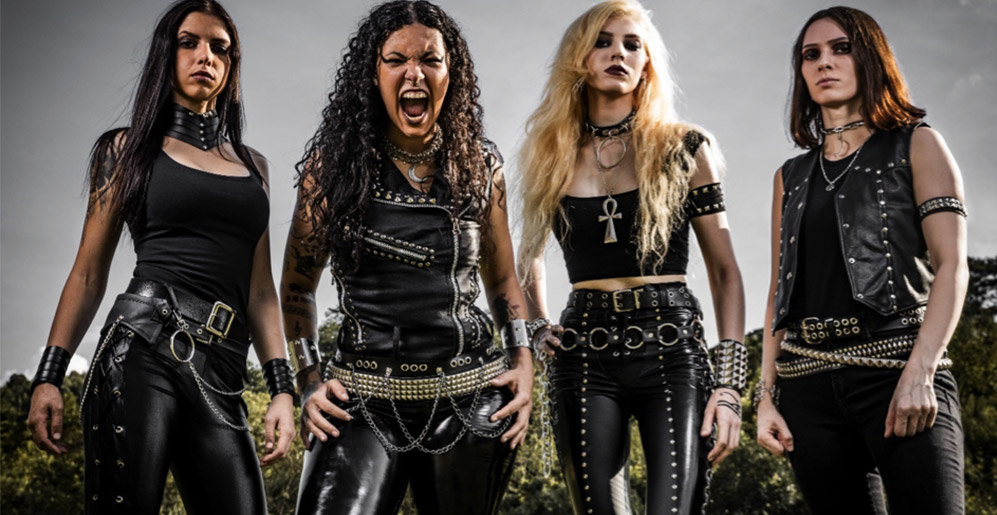 Crypta bassist and singer Fernanda Lira was our guest on a recent episode of The MetalSucks Podcast to discuss the band’s new album, Echoes of The Soul (out June 11; order here), why leaving Nervosa was both the best and most difficult decision she ever made, the recruitment process for finding the right members in the new band, her former career as a metal journalist and more.

On leaving Nervosa, Lira described the difficulty of leaving her success in Nervosa behind, but also described it as a necessary step:

“It’s a rebirth. I knew I needed to leave Nervosa, all of us that were playing there knew that it would be best. [It’s] not like something happened; it was a decision that was taken and I just felt I had the guts. Better to take the step that I knew would be better for everyone.

“Which we can see now, it really was. Because Nervosa’s there, they have a nice album out that everyone likes. We [Crypta] have a new album we’re about to release, we’re so excited.

“It was a step [that was] pretty much needed, and now I’m glad I took it. But, I won’t say it was easy. It was definitely the hardest decision I ever had to make in my life. It was so painful, like the first time I ever thought of that, I was like, ‘Noooo, please!’ I was scared of even thinking about it, it was really tough. And when I finally thought I was ready to quit, I felt so bad. I was in a pretty bad place emotionally.

“Crypta had been born previously — it was actually pretty motivating for me to move forward — Crypta was born nearly a year before I left the band. It was meant to be a side project but in the end when it all happened it was really comforting that Crypta was there, because at least I wouldn’t have to start from ‘scratch scratch,’ choosing a band name and a band logo [laughs]. It made things easier but it was a hard rebirth.

“I’ve been through a lot but in the end I’m pretty glad now that we’re all happy, all sides are happy and creative again and motivated again and happy again. But, it was tough. [laughs]

You can listen to our full chat with Lira below or right here.