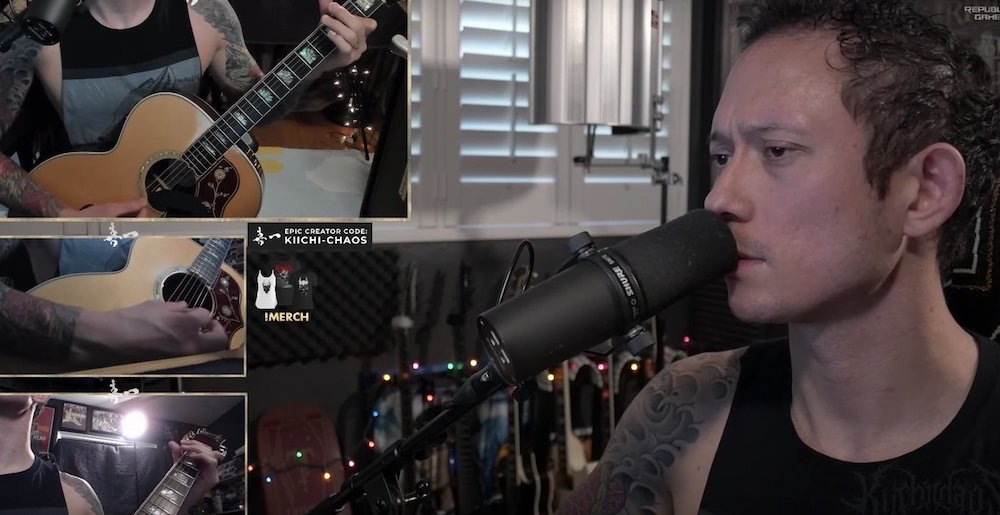 Trivium’s Matt Heafy Reveals How Much He Earns on Twitch

Trivium frontman Matt Heafy has been an open book about his success on Twitch in the past, describing streaming as a “second job” and revealing that he earns more from Twitch than from Trivium when the band isn’t on the road. Indeed, if you’ve given even a passing glance to Heafy’s social media accounts you know how dedicated he is to Twitch, streaming twice a day at the same times just about every weekday.

But I think most of us didn’t realize quite how successful a streamer Heafy is, at least in part because of ignorance (if you want a shockingly transparent explanation of how Twitch streamers earn money — and how lucrative the platform can be — watch these videos) and certainly also because, well, how could we?

Now, in a new story for The New York Times in which Heafy is both the focus and cover photo, he has pulled back the curtain of his Twitch world even further. According to the report, which describes Heafy as one of the most popular musicians on the entire platform:

“In 2019 and 2020, Heafy’s four-man band, Trivium, collected an average of $11,000 a month from the audio services while his own Twitch channel generated nearly as much (just under $10,000) from an audience that was about one-tenth the size.”

That audience, as it stands presently, consists of 224,000 followers. Heafy’s streams, it should be noted, don’t just consist of the video gameplay for which the platform is best known (although he does that too); he runs through his practice routine, plays Trivium songs, performs covers — which we’ve featured here aplenty — and more while interacting with fans. He explains:

“Even if I don’t feel like practicing, I know people are going to be there who want to hear a couple hours of their favorite Trivium songs. So I make sure I’m there to make their day good.”

When Trivium are on the road, of course, they bring in well more money for each member than Heafy does for himself via streaming (I’m left to wonder: do the band’s other three members have other sources of income when they’re not on the road? If not, or even if so, is there any resentment?). Heafy says that he expects viewership to wane with the pandemic as folks venture out of their homes and into live music venues, but he plans to continue streaming anyway, even from the road:

“I’m going to keep it to the same exact thing — 9 a.m. and 3 p.m., Monday through Friday. Every show, every soundcheck, every vocal warm-up; every day off, me playing games in the hotel room. I look at it as part of my life now. And I want to keep doing this for as long as I can.”

You can read the full report here.