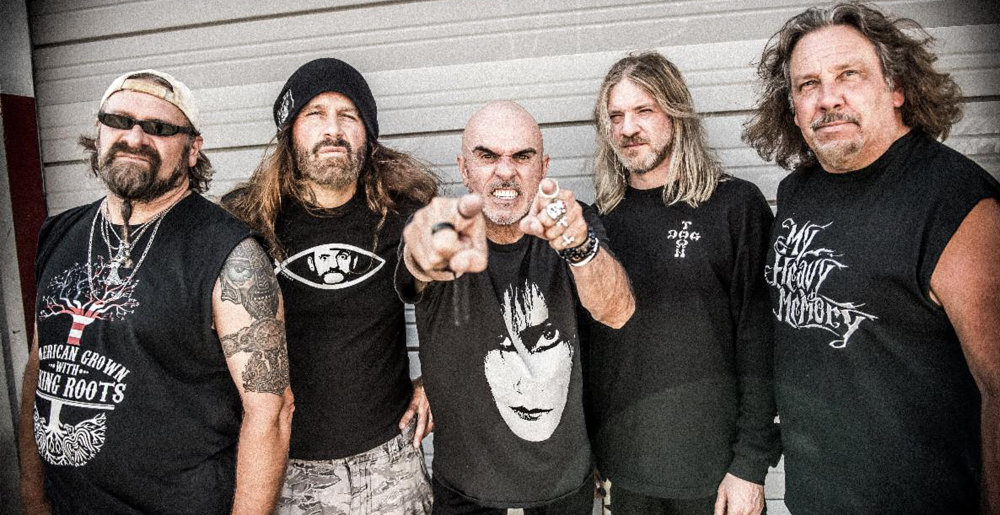 Vio-lence guitarist Phil Demmel has referred to a California concert the band put on last month — at which vocalist Sean Killian, who is staunchly unvaccinated, contracted Covid-19, putting him in the hospital — as a “superspreader event,” adding that a number of other people in the band’s circle, including Demmel’s entire family, contracted the virus as a result of that show.

“We played a show in Fresno about a month ago, and it turned out to be a superspreader event. [Laughs] And the whole house here, we all got COVID. So we spent a couple of weeks healing up and getting better… That was our first show with Bobby Gustafson, ex-Overkill, and Christian Olde Wolbers from Fear Factory and Powerflo; it was their first show with us. We played a small, I think 300-capacity club, and it was a Petri dish of just the plague. And it served its purpose, other than everybody getting the sickness.

“It was unfortunate in that [regard]. Because we were supposed to play Bloodstock [Open Air in the U.K.] and Alcatraz festival [in Belgium] the next week, but then we couldn’t go because we all got sick. Then we had Southern California shows. We canceled probably seven shows because of everything that happened.”

Good to see Demmel laughing about it. Because, ya know, Covid is super funny!

This is exactly why masks and vaccinations are important, now more than ever. Even healthy, young people are being hospitalized… it’s not worth the risk. Yeah, no one died… this time. Lucky. Eric Wagner wasn’t so fortunate.

Take care of yourselves, folks.

Metal Sucks Greatest Hits
0 -
So As it Turns Out, Banging Your Head a Bunch Can Be Bad for Your Brain
1350 -
Oceano Prove That Deathcore Has Depths
0 -
Teenage Environmental Activist Greta Thunberg’s UN Speech Turned into a Swedish Death Metal Song
0 -
BREAKING: Some Local Band Called Shrapnel are Tired of You Leaving the Show Before Their Set
0 -
I Watched Rock of Ages so You Don’t Have To
0 -
Deicide’s Glen Benton Sells Out, Tells Fans to Stop Moshing So Violently