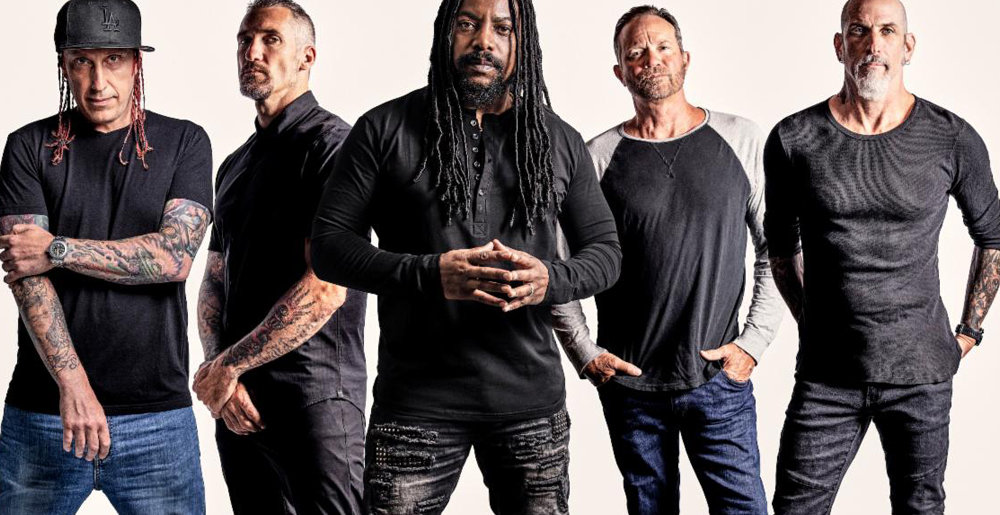 Sevendust have released a super-duper-extra-special deluxe edition of their most excellent 2020 album, Blood & Stone. This new version of the record includes five bonus tracks — three remixes of songs included the first go-’round (“Dying to Live” remixed by Periphery’s Jake Bowen, “Kill Me” remixed by Fire from the Gods’ Richard Wicander, and “What You’ve Become” remixed by Ice Nine Kills’ Justin deBlieck) and two new cuts, “What You Are” and “All I Really Know.”

The remixes are… remixes. If you thought “Kill Me” would sound cool as a club song, mazel tov, your wish has been granted.

As for the two new songs… they’re both quite good. Really I dunno why they weren’t included on the album initially. Maybe they just felt things were running long. Maybe they thought “What You Are” was too similar of a title to “What You’ve Become” and couldn’t think of another name to use. Maybe Dio appeared to Clint Lowery in a dream and told him to sit on these songs for another year. Whatever. We have them now, and we should all welcome them with open arms.

You can listen to all five bonus tracks below. Blood & Stone II: Bloodier & Stonier is out now on Rise Records.

Sevendust are currently on tour with Daughtry and Tremonti. Remaining dates are…

The band also has some headline dates of their own coming up: