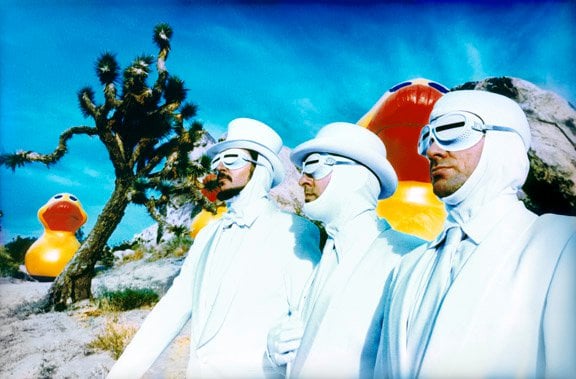 Covid-19 forced Primus to reschedule their Rush tribute tour multiple times throughout 2020 and 2021, but the run — which saw the band play two sets every night: one of originals, and one consisting of them covering Rush’s 1977 classic, A Farewell to Kings, in its entirety — finally took place this past fall to riotous acclaim. Except for a handful of dates that the Delta variant snatched away last minute, naturally.

Now, piggy-backing on the above handful of rescheduled dates, Primus have announced an extensive second leg of the tour set to traverse North America in April, May and June, 46 dates in total to be exact. Folks are gonna get a lot of Primus and a lot of Rush in 2022, and they’re gonna friggin’ love it.

Battles, Black Mountain and The Black Angels will each open up on different segments of the tour.