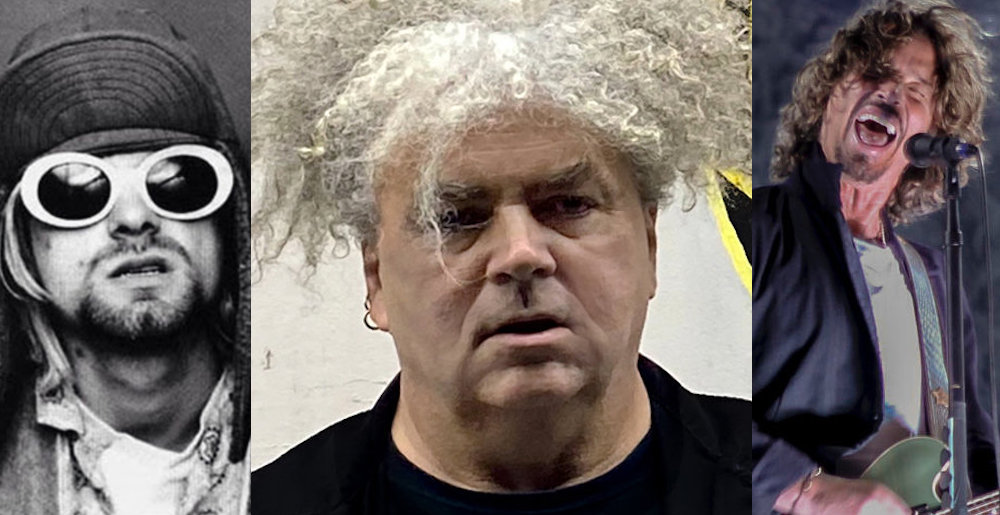 Remember that line from Watchmen, “Who watches the watchmen?” Well what about influential musicians? Who influences the influencers? When it comes to Nirvana and Soundgarden, guitarist Buzz “King Buzzo” Osborne says that’s him.

In a conversation with Listen Next!, the man and brains behind Melvins spoke about what his own legacy in music is, and to the influence he had on what would eventually become the Seattle grunge scene. There were two bands Osborne mentioned specifically whose connections made him the most proud:

“Oh, Nirvana, Soundgarden, for sure. Those are the two biggest. There’s a lot of other bands that were influenced by those bands — that got big — that probably don’t even like our band. So I would never take credit for any of that, even though they’re indirectly linked to us.”

Kurt Cobain is famously on record as a Melvins fan. Even though there is an enormous difference between the popularity/success between those bands and his own, Osborne still is happy with how he influenced the band:

“What’s funny to me is it really shows you what little understanding those people have of Soundgarden and Nirvana. They don’t really get where that’s coming from for them either, which is okay. I mean, I just don’t concern myself a whole lot about that kind of thing.

“I like the idea that our stuff, our ideas and my ideas about how music should be — what was missing from music that I thought of in the mid-’80s — were all things that then ended up through other bands like Nirvana and Soundgarden changed music on a global level.”

Osborne also made sure to reiterate that although he acknowledges his part in grunge, the music is what really matters:

“I mean, without me that stuff doesn’t sound exactly the same as that. So that in and of itself is good, because it just makes me realize — they’ve made me realize a long time ago — [that] I wasn’t wrong, ‘You’re right! Your musical instincts are correct.’ Just keep doing that, and you’ll be fine.

“Don’t try to now go, ‘Well, I’m going to try to do this and make people like me,’ just don’t worry about that. Just do what you do. Let them decide whether they like it or not, you do what you think is right, that you like it, and then that’s good enough.

“And you’re not perversely making things that people aren’t gonna like, I’m really operating in the way that I wanted the bands to operate, that I would appreciate as a fan, what would I like to see a band do? And that’s really it. You know, that’s the whole – all of it together, you know?”

Sponsored Links from Across the Internet
Show Comments
Related Articles
Laugh At Others' Misfortunes 0
“Eggs and Light” Are Not Metallica Lyrics, but Researchers Found “Enter Sandman” America’s Most Misheard Song
August 31st, 2022 at 1:37pm Hesher Keenan