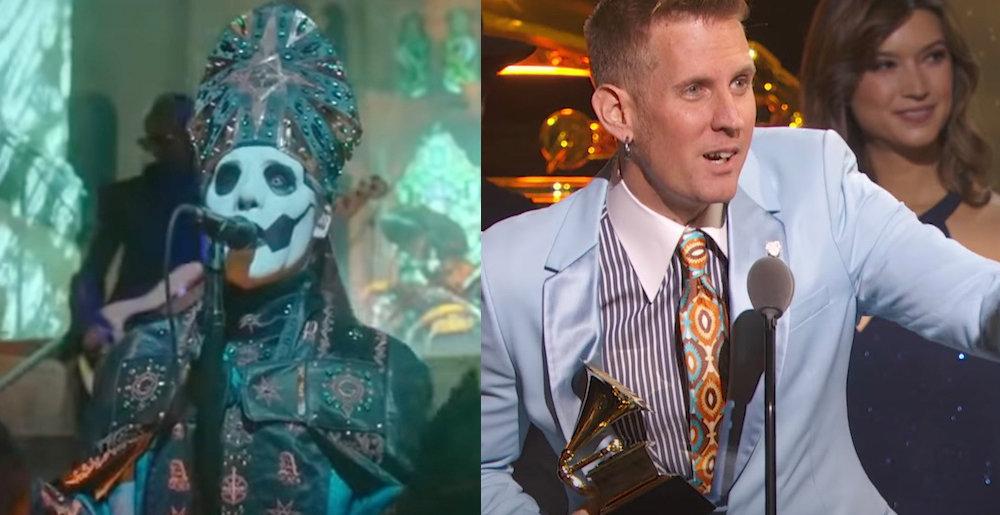 You may not be aware of this little factoid, but Ghost are kind of a big fucking deal. Not only have they hit the top of the charts with Impera and had a years-old song get a resurgence thanks to social media, but their live shows have ballooned in spectacle and their fanbase is only growing around the world. Like it or not, they’re a fixture.

In fact, they’ve gotten big enough that they temporarily killed Spotify — or at least a part of it — exactly one week ago today. Last Tuesday, the Swedish band was supposed to host a special fan event on Spotify Live, but their fans crashed the server and that was that for the event.

Not to be deterred, however, the band announced just after 11 p.m. EST last night that they would be hosting a special conversation via YouTube Live with none other than Mastodon drummer and current tour mate Brann Dailor. We don’t know what this event will be about, whether it’s a new announcement or just a chance for the band to talk about the tour and answer some fan questions. Your guess is as good as ours.

Still, knowing Brann and Ghost’s propensity to ham things up, the online event is sure to be worth watching for a little bit. And if there’s anything for sure (we think), it’s that Ghost isn’t going to be crashing Google’s fucking servers any time soon.

You can still catch Ghost on tour with Mastodon and Spiritbox, though time is running out. Tickets are on sale via the band’s online portal.