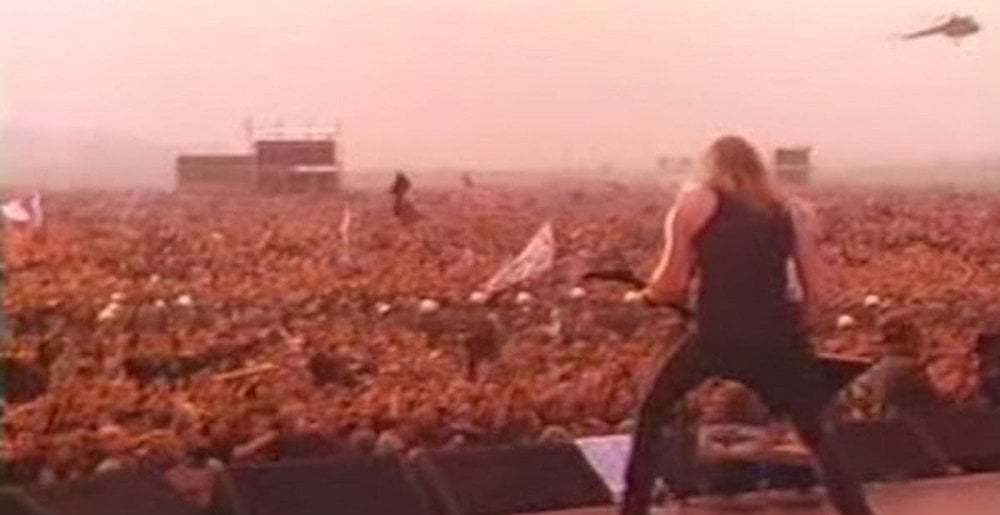 Watch: One of Metallica’s Greatest Live Performances Turned 31 This Week

It’s hard to imagine these days, but Metallica was once a San Francisco bay area band of fierce young dudes full piss and vinegar, ready to take over the world. Their thrashy sound and killer riffs emanating from James Hetfield’s right hand were enough to propel the band to super stardom, landing them massive shows like the one posted below – September 28, 1991, Monsters of Rock in Moscow.

You can’t tell, since it just looks like a blob of low-res polygons, but that massive crowd was estimated at nearly 1.5 MILLION PEOPLE. They were killing it in front of that many people in their mid-to-late 20s. Talk about world dominance and balls of steel.

I mean, this concert had it all. Metallica in its peak form just after the release of Metallica, complete with that classic late 80s/early 90s look, an absolutely killer setlist, a rampaging love of booze, and that take no prisoners attitude that a band on the cusp of world domination typically exudes. James just sounds awesome at the mic, Jason is banging his head like a man possessed, and it’s obvious Lars is still practicing his drums on a regular basis.

Of particular note is “Harvester of Sorrow,” which sounds absolutely monstrous as over A MILLION PEOPLE go off and move to the music.

While most clips from this show only feature one or two songs, YouTube user D2DJ has Metallica’s entire 90 minute show. It’s a digital time capsule of a bygone moment in metal, so enjoy.

Sponsored Links from Across the Internet
Show Comments
Related Articles
Metal Legacies 0
James Hetfield: 72 Seasons Reflects on “Darkness in My Life and in Our Career…”
December 5th, 2022 at 10:36am Hesher Keenan

Darkness and light abound in Metallica’s next release.