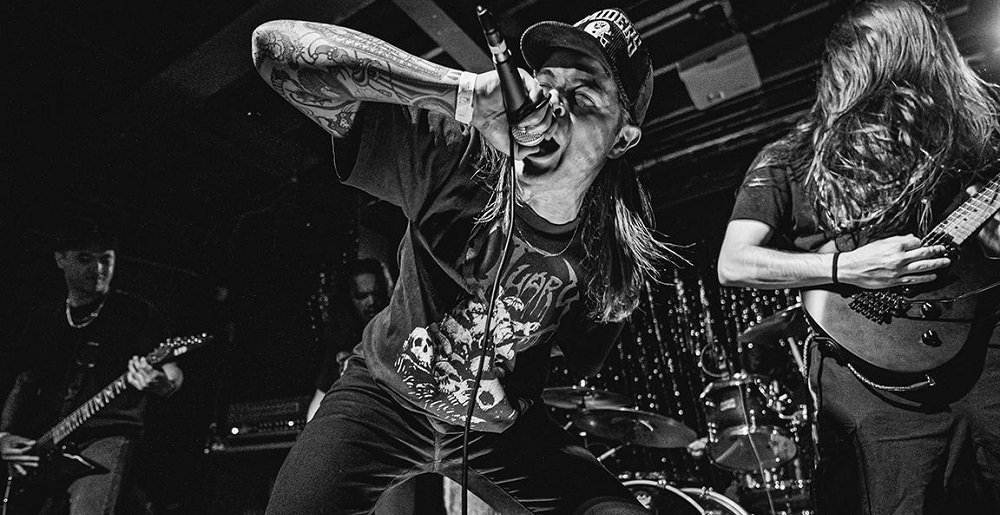 Death metal and black metal may be experiencing an unprecedented renaissance as of late, but give me some good ol’ thrash/crossover fire and Papa Keenan’s a happy dude. So when Doomsday’s latest single “Mask of Sanity” hit my inbox and I pressed play, you can imagine how giddy I instantly became.

Hailing from Oakland, California, Doomsday are releasing their first official EP, Depictions of Chaos on November 18 via Creator-Destructor Records. Hell, you may have seen these guys hit the stage as a supporting act for bands like Gulch, Ripped To Shreds, Municipal Waste, Creeping Death, Omerta, Speed, Dead Heat, Spinebreaker, and Earth Down.

This up and coming band lists thrash titans Sepultura, Slayer, Iron Age, Metallica, and Power Trip as their main influences, with that last band really shining through in some of the riffs on this track.

Over the next few days, Doomsday will be hitting the stage to support some bigger bands in their local area. If you’re living in California and close to the Bay Area, you should check these guys out.

Depictions Of Chaos will be released on 12” vinyl, CD, and all digital services on November 18, with preorders are available now at the band’s Bandcamp and the Creator-Destructor webshop.