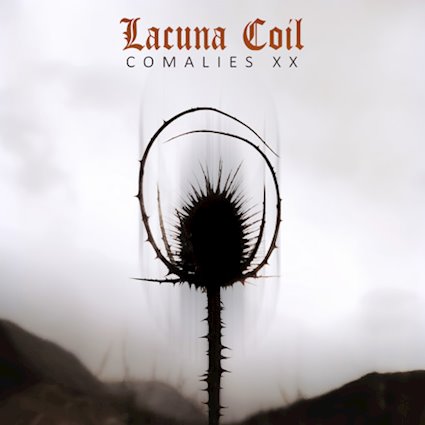 Review: Comalies XX Is A Time-Warping Delight from Lacuna Coil

Sorry everyone, there seems to have been a clerical error here. There’s no way that Comalies is twenty years… oh, it is? I see. That one stings a little.

Back to the here and now, we are living in an era positively swamped with reboots and remasters. Italian goth metal legends Lacuna Coil are trying their hand at the practice, putting their spotlight-generating highlight Comalies under the knife. This is no mere lick of paint job, however. The entire album has been re-built from the ground up, bringing a classic into the modern era of rock. The initial question this raises is a pertinent one. Namely, is this necessary, especially given Comalies is generally considered their most popular work?

Immediately noticeable is, naturally, the production changes that two decades have brought about. Gone are many of the synth hallmarks and general recording grunginess of the day; this is as crisp and clear in its gloomy gothic-isms as can be. It brings a lot of the instrumental work closer to the forefront than in its predecessor, which is an immediate tick in the checklist.

There’s a newfound heaviness to this version of events, too. Long-time crowd pleaser “Heaven’s A Lie” loses a sense of ethereal atmosphere in swapping the split of Christina Scabbia and the much growl-ier vocal work of Andrea Ferro, but becomes a gloomier, weightier affair that works fantastically. “Self Deception” becomes a punchy anthem, in verses awash with dark, dense guitar work that gives way to the more ghostly Scabbia-led chorus. Meanwhile, “Unspoken” positively trudges through an effect-laden rework that is no less atmospheric but much more impactful than the original.

With that said, there are tracks that have gone completely the other way. “Tightrope” has shifted from a black-as-night thumper to a sweeping wave of symphonic balladry, with a focus on vocals instead of crashing drum work. However, that focus slips in the wake of the earth-shaking rework “Comalies XX,”, a behemoth of a closer that pounds at your ears in a way the original could only dream of. There are tweaks and changes scattered throughout the runtime and there’s fun to be had in picking out the differences, but it’s no more clearly defined than it is in its final moments.

Reworking fan-favorites rather than simply polishing them is a perennially risky business, but Comalies XX was well worth the effort. It may not ignite a new wave of Lacuna Coil initiates (and it may not even please the die-hards), but it has proved indisputably that twenty years has not only done little to dull the band’s edge, but it has done even less to harm the reputation of the original work. Consider this a well executed extension, rather than a replacement.

Lacuna Coil’s Comalies XX is out today, October 14 and is currently available wherever you get your records

Metal Sucks Greatest Hits
0 -
Twenty More of the Worst Heavy Metal Album Covers of All Time
1510 -
The Top 15 Reasons that Metallica are the Yankees of Metal
0 -
Rigged: Luke Hoskin of Protest The Hero
0 -
Rigged: Slipknot Percussionist Shawn “Clown” Crahan
0 -
Video Footage of Emmure’s Frankie Palmeri Getting Electrocuted On Stage in Russia
1220 -
MetalSucks Exclusive: One Year Later, Peter Steele’s People Speak About His Life, His Music, and His Last Days