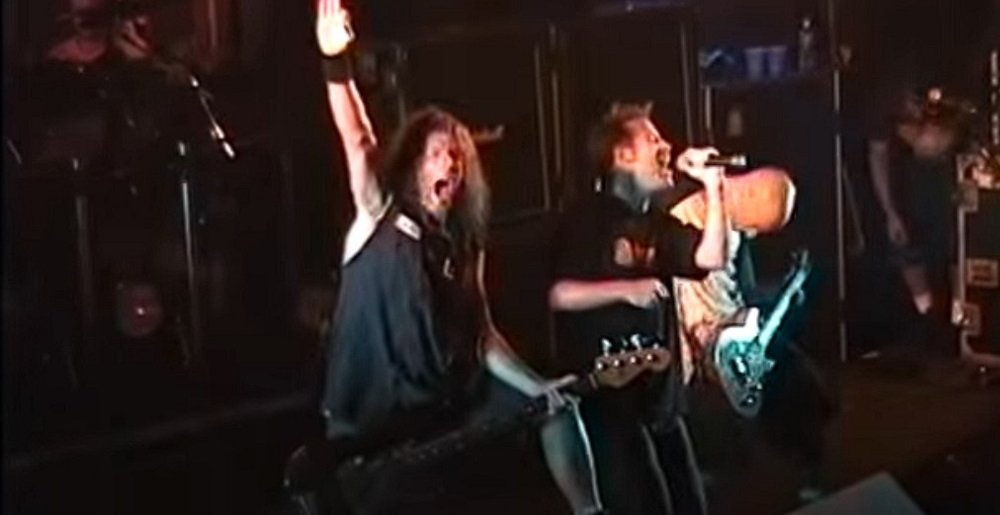 Classic Concert of the Day: Anthrax at Resurrection Hall in Miami, Florida on June 19, 1996

This past week, there was news that John Bush wanted to possibly take his Anthrax era material out on the road and bring it back to a new audience. I, for one, think that would be an absolutely killer idea. Having been fortunate enough to catch both Bush and Belladonna variants of Anthrax, I have to say that while both are superlative, I personally love those four 90s/early 2000s albums a whole hell of a lot.

For this week’s classic concert of the day, I’ve chosen a 1996 show featuring a John Bush with a head of hair and a five-piece of metal that’s full of piss and vinegar (“P&V” was not played). If you never got the opportunity to see this lineup live, or want to relive the good old days, I’ve got the video down below of their June 19, 1996 performance at Resurrection Hall in Miami, Florida.

So sit back, relax and take in the uniquely Anthrax style of metal that’s about to hit you in the face like a bucket of cold water. Here’s this week’s classic concert of the day.

Anthrax at Resurrection Hall in Miami, Florida on June 19, 1996

Encore:
Protest and Survive (Discharge cover) (Scott Ian on Vocals)
Startin’ Up a Posse
Among the Living (First minute and a half only, serves as an intro for Bring the Noise)
Bring the Noise (Public Enemy cover)

Sponsored Links from Across the Internet
Show Comments
Related Articles
Metal in the Media 0
Joey Belladonna Performed the National Anthem at Sunday’s Seahawks Game
November 28th, 2022 at 10:09am Hesher Keenan

Dude knows a thing or two about the guys in Pantera.