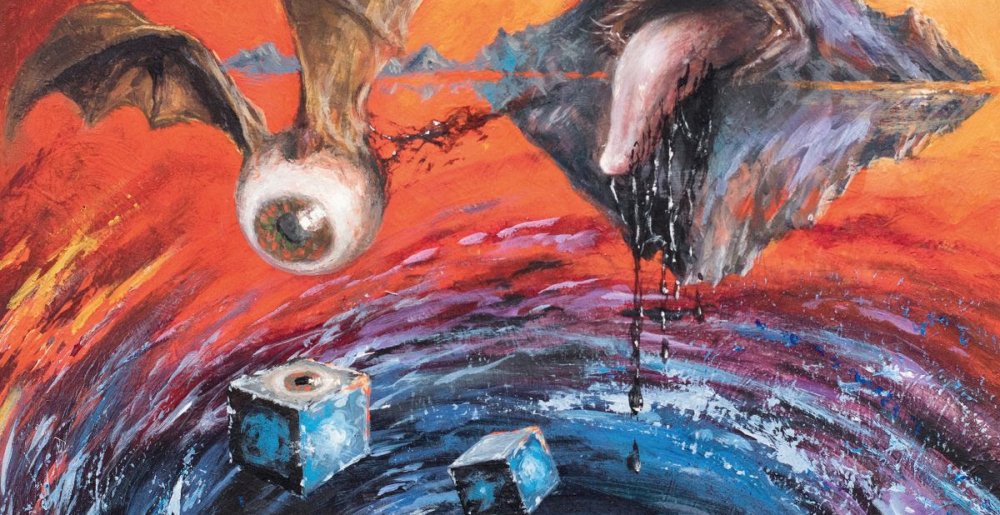 Stretching the definition of slow and heavy, as well as the crushingly despairing, Tchornobog and Abyssal dropped a split record with two tracks at over 20 minutes each. You can get a taste (ew) of the madness and chaos below.

The track release fairly points out:

“Any track opening with a multi-layered recording of a number of vomiting sessions is bound to continue on the darker side of the musical spectrum. The epic song ‘The Vomiting Choir’ delivers 24:08 minutes that form a descending spiral into a bottomless pit filled with a mostly dissonant sonic miasma of pure negativity and surprising complexity.”

Tchornobog are the brainchild of Markov Soroka, born in Ukraine, who formed the band after his previous effort, Eternium, disolved. He has also been involved with other musical projects Aureole, Drown, and Krukh. The band play grimy, black-metal fueled death doom that calls on the influences he has picked up along the way.

And in case you were wondering, the name has a Slavonic basis, not to mention a cool backstory and deeper meaning. The Tchornobog, sometimes written Czernobog or Czarnobóg, was the “Black God” written about in the Chronica Slavorum, a book written in Germany in the 12th century by Helmold von Bosau. This conjures up imagery of a god even darker than Satan, which is reflected well in the band’s sound.

And this won’t be the last we’ll hear from Tchornobog in the near future. The press release further explains:

“Currently, Markov Soroka is working on a sophomore TCHORNOBOG album. As a first taste of the sonic darkness ahead, we may all chime in with ‘The Vomiting Choir’ on the split with ABYSSAL.”

The Tchornobog & Abyssal Split album is available as an LP on orange vinyl and on black vinyl, and as Digipak CD. Order the album here.

The full split is now streaming in full. Listen to it here.

To say that Sanguisugabogg have had a big impact on death metal is a massive understatement, and luckily, the new record does not disappoint.

Origin dropped a lyric video for “Nostalgia For Oblivion,” one of the tracks from their latest, 2022 album ‘Chaosmos.’

Metal in the Media 0
As If Bats Weren’t Already Cool as Hell, Now They Can Give Corpsegrinder a Run for His Money
December 5th, 2022 at 11:27am Hesher Keenan

Bats are metal as hell.

Metal Sucks Greatest Hits
0 -
Ten Reasons Why Record Labels Are Still Important
0 -
Ministry’s Al Jourgensen: “I Got Paid to Humiliate Fred Durst”
0 -
Video: A Young Mr. Bungle Play Their High School Talent Show
1510 -
The Top 15 Reasons that Metallica are the Yankees of Metal
0 -
Viral Drummer Nandi Bushell Pays Tribute to Taylor Hawkins: “Thank You for Looking After Me”
0 -
I, For One, Welcome Our New Robot Overlords