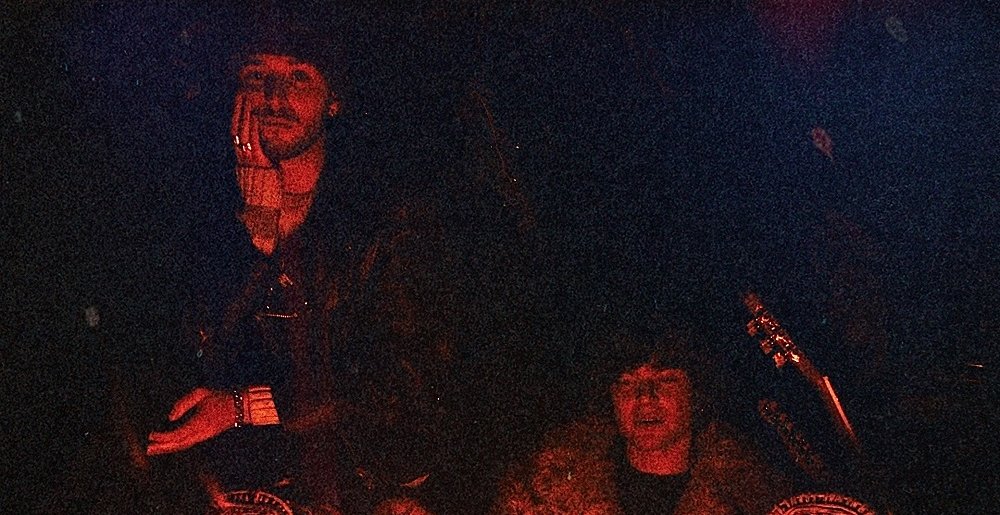 Growing up in your father’s rock star shadow has got to be a strange phenomenon. Especially when your father is either Iron Maiden guitarist Janick Gers or Radiohead frontman Thom Yorke. Yet for their respective sons Dylan and Noah, the idea of making their own mark on the music world in the shadows of such monolithic acts might seem daunting, but that isn’t stopping either of them.

Earlier this month, Dylan and Noah released “Red Skies,” a collaboration single released through the independent record label sly-tone. Looking at the road ahead and creating what sounds like atmospheric folk music, it’s evident that the two are trying to make something completely new and different from their fathers’ musical output.

For Dylan, being the progeny of a guitarist in one of the most influential metal bands on the planet can be a double-edged sword.

“Its a curse and a blessing being the son of a rockstar, trying to carve out your own identity is scary — especially when your father has such an everlasting reach over many. It’s so easy to be cast aside as Iron Maiden’s son and do nothing with my life, but that’s not what life is about and that’s not what I want my life to be about.”

The song posted below is heavy on the acoustics, with a whole mess of effects being run through it to elevate the kind of mournful, almost ethereal sounds Dylan creates. Accompanied by Noah on a 12-string, the song opens up with equally moving vocals.

And before you go saying this “isn’t metal” and shouldn’t be posted on MetalSucks, hear me out. Dylan’s dad plays for Iron Fucking Maiden, so I’m giving him a shot here, especially if we gave Vended how many articles? Secondly, Radiohead can be pretty fucking metal at times, given the often dark and deep concepts that band dove into. Listen to OK Computer or Kid A and tell me they aren’t fucking awesome.

So yeah, I’ll give these guys a platform because I like the song, hope you’ll like the song too, and will see what comes next. Oh and if you don’t think Dylan has any metal chops, you can check out the video after “Red Skies” to see him playing along to his father’s guitar part in “Dance of Death.”