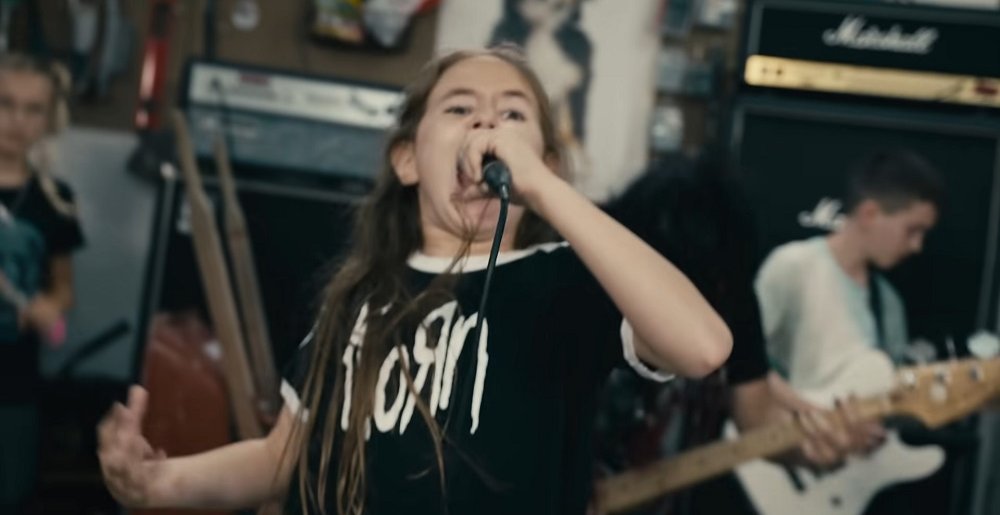 There’s a lot to worry about when it comes to kids growing up in an increasingly depressing hellscape. But thanks to organizations like the O’Keefe Music Foundation, we’ll at least be able to rest easy knowing they’ll at least appreciate killer tunes while late stage capitalism dooms the planet over the next couple decades.

Late last week, the folks at O’Keefe posted yet another banger of a kid-fueled cover with their version of Slipknot’s “The Heretic Anthem,” off the incredibly angry Iowa record. Musically, every kid with an instrument showcases their talent, bringing as much devastating energy as needed to crush the track. But one person stands out above all the rest — vocalist Zoë Franziska.

You may remember her from the group’s cover of “Freak on a Leash” roughly four years ago, but now the terrifying tot was back to scream her fucking head off throughout the song. She’s an unstoppable ball of energy in the clip, screaming, jumping around, and hamming it up to the camera. You can see she’s even got the “invisible orange” stance down pat. It’s awesome.

Upcoming Bullsh*t 0
Slipknot’s Clown Suggests Look Outside Your Window Could Come Out This Year
January 2nd, 2023 at 2:55pm Hesher Keenan

It’s only taken 15 years to maybe get to this poi.nmoush