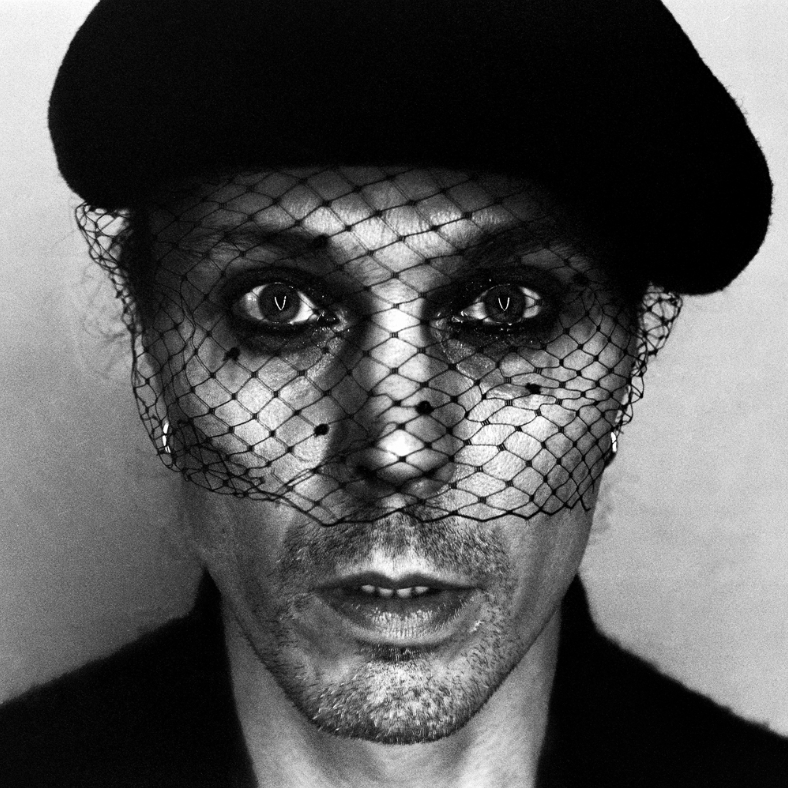 Since the ‘90s, love metal pioneer Ville Valo (VV) has grown a rabid fanbase by writing mostly love songs so beautiful that has hooked scores of fans everywhere. With the upcoming release of his debut solo album, Neon Noir, the heartfelt troubadour proves that even without HIM, this is still the case.

When HIM disbanded in 2017, fans everywhere were obviously crushed. Although the wonderful Schlager album Ville Valo & Agents (2019) soon followed, we never could have anticipated the epic record that is now upon us. Neon Noir’s excellence leaves us speechless.

Many of the songs on Neon Noir have what it takes to stand the test of time in my eyes. We’ve heard the pre-released tracks about a million times, so it feels like they’ve been around for ages: Three of Neon Noir‘s twelve breathtaking compositions — “Salute the Sanguine,” “Run Away from the Sun,” and “Saturnine Saturnalia” — were unleashed under the VV banner as the EP Gothica Fennica Vol. 1 on March 19, 2020 — coincidentally right after lockdown went into effect. Then in 2022, “Loveletting” first spellbound us in April, “Echolocate Your Love” dropped in September, and “The Foreverlost” seduced us in November.

Listening to the new order of songs and discovering how the previously released songs mesh with the new tracks results in a unique sonic journey. If you haven’t had the privilege of enjoying any of the material yet, Neon Noir is sure to be love at first play. More than anyone else, Ville can stir your emotions with a single syllable; the brilliant singer certainly has the most intoxicating voice around. Everything about Neon Noir is stunning. You can’t criticize Ville’s highly polished music for its prettiness because it is so human and passionate, and thus, still raw where it counts.

Neon Noir was recorded in Ville’s home studio; Ville actually sold the neo-Gothic tower in which he famously lived before the pandemic so that he would be able to work from his living space. Ville did absolutely everything by himself on this album, except mixing and mastering. Mixing was handled by Tim Palmer, who has collaborated with everyone from Ozzy Osbourne to Faith Hill to U2 and, of course, HIM. The production perfectly matches the music, which marries and transcends different genres. Diverse influences, which include Black Sabbath and post-punk, blend to create something that is bound to prove timeless. There is a big ‘80s imprint. Although this record is less metal in a literal sense than most of the work we feature, it has an inner heaviness to it. Regardless of however you may look at it, Neon Noir is its own exhilarating entity.

You might have expected that Neon Noir would suffer since Ville didn’t have the energy of his fantastic former bandmates to bounce off of. On the contrary! Neon Noir is imbued with a different kind of gloom than we have previously experienced. It is oddly relaxing, unrefracted, pure, and 100% Ville. He makes no compromises when it comes to his unapologetically heartfelt art.

The fact that Neon Noir is so similar to HIM’s material actually speaks to Ville’s authenticity. As Ville has stated, he can’t change his stripes. Thus, it is quite remarkable that he has never repeated himself over the years. Neon Noir feels brand new and overflows with an exploratory spirit.

Despite Neon Noir’s depressive vibe, this dazzling effort is like a laser cutting through the blackest night. It has the power to provide relief from whatever hardships you might be facing. Ville has spoken about discovering new joys during the process of making this album and it shows. Although Ville has shared that the onset of the pandemic affected his mood, the sense of melancholy present in the music is reflected in such an individualistic way that it is actually quite inspiring. Yet, Ville has left much open to interpretation, nothing is spoonfed. In an interview, he recently told Belgian Jasper: “I love being able to send mixed messages…” Neon Noir is complicated, mature, highly personal, and intensely meaningful.

Neon Noir transfixes you with its otherworldly splendor. Yes, Neon Noir is so perfect that it’s actually painful. It will leave you beyond satisfied; there’s nothing more you could want from this record. Expect something ridiculously refreshing, dark yet sweet, terribly sexy but thoroughly romantic, etc. With a huge tour planned, make sure to purchase your tickets now to hear a mix of Neon Noir songs, which are sure to become classics, and old hits by HIM. A lot of stars disappoint, but Ville sounds just as divine in person.

Pre-order Ville Valo’s Neon Noir here. It drops January 13 — Friday the 13th — via Spinefarm Records. Check out a couple of the album’s killer songs below.

Sponsored Links from Across the Internet
Show Comments
Related Articles
Interviews 0
Ville Valo Discusses What Went Into Neon Noir: “I Really Lost Myself in the Music”
January 13th, 2023 at 2:34pm Bree Halmstad

VV: “… [Neon Noir] was more all-consuming mentally, emotionally, spiritually, and physically even than anything I’ve done in the past.”

Metal Legacies 0
Ville Valo Reflects on HIM Breakup: “We Didn’t Go Down the Metallica Road”
January 4th, 2023 at 10:40am Em Shadows

Turns out your heartagram tattoo was not in vain!