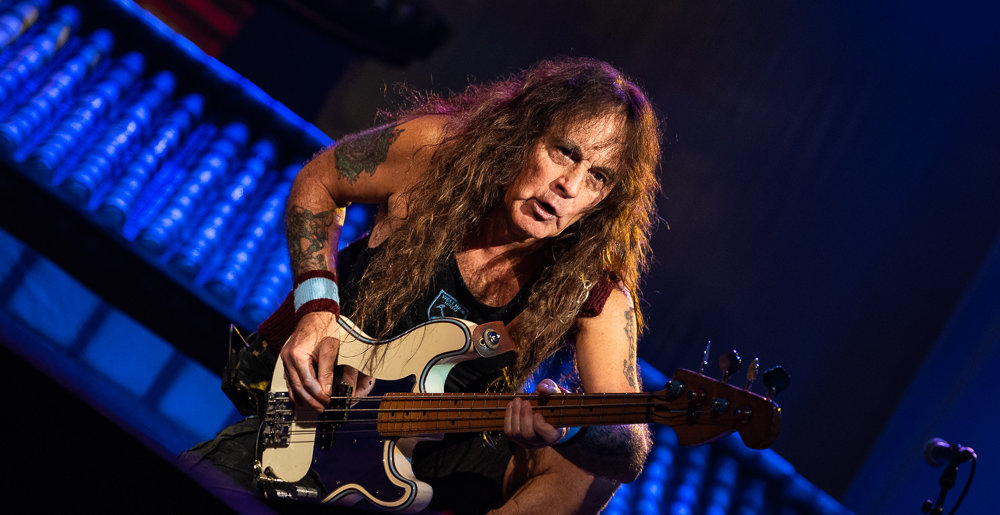 It’s official—Iron Maiden are on a stamp thanks to Royal Mail, and their collectible quality will definitely appeal to us nerds.

This collection has a bit of everything, from live photos featuring all members of the band to a special Eddy collection.

Shown on the stamps are:
–    ‘Iron Maiden’ Eddie: The stare that started it all. Born in 1980 – on the cover of the band’s debut album
–    ‘The Trooper’ Eddie: The unforgettable artwork for one of Iron Maiden’s greatest hit singles and, more recently, the logo for their award-winning beer
–    ‘Aces High’ Eddie: Reimagined as a fighter pilot for a song honouring the RAF servicemen who defended Britain during the Second World War
–    ‘Senjutsu’ Eddie: Samurais, feudal Japan and flashing blades inspired this katana-wielding warrior, from the band’s most recent album

“We were all absolutely astounded – in a good way! – when we heard first about the commemorative project, and equally pretty much speechless when we saw the stamps for the very first time. They look superb and I think they really capture the essence and energy of Maiden. We’re all very proud that Royal Mail has chosen to honour the band’s legacy like this and we know our fans will feel the same way.”

You can get the stamps here.

Metal Sucks Greatest Hits
3220 -
What is UR Favorite Classic Nu-Metal Band??
0 -
I, For One, Welcome Our New Robot Overlords
0 -
Rigged: Jeff Loomis
0 -
What if Black and Death Metal Albums Were Children’s Books?
0 -
Has Moshing Turned Into a Form of Bullying?
0 -
Editorial: The Metal Community Must Stop Letting Phil Anselmo Off the Hook for His Racist Remarks