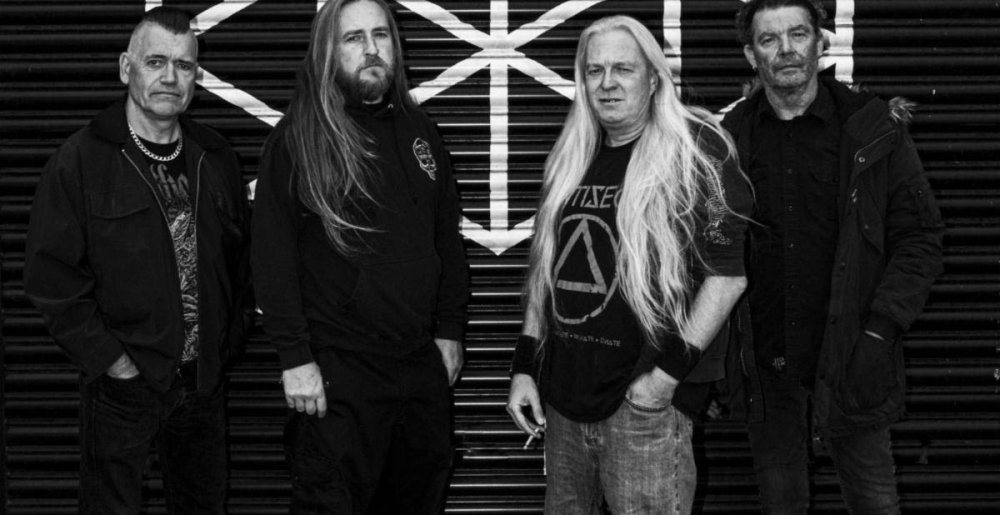 Old-school death metal gurus Memoriam are dropping their new album, Rise To Power, out February 3 via Reaper Entertainment. They just dropped their second single from the album, along with a video. Check out “Total War” here.

Karl Willetts, former vocalist of Bolt Thrower, who heads up the band along with Frank Healy, who played bass in Benediction, says of the song:

“This track serves as the second track on the album Rise To Power. Lyrically, it draws reference from what is happening in the world right now, specifically relating to the war in Ukraine. It seems that after writing lyrics about ‘war’ for the past 30 years, they seem more relevant now than they have ever been. Overall, the track is a savage attack on the senses in line with the lyrical content. NOW THE WAR MACHINE IS FED…“

Rise To Power was produced by Russ Russell (Napalm Death, Dimmu Borgir, At The Gates, Amorphis) at Parlour Studios in the U.K. and features artwork by visual artist Dan Seagrave (Benediction, Dismember, Hypocrisy, Suffocation), who has also worked with the band previously.

MEMORIAM’s Rise To Power will be available on CD, vinyl, and limited-edition boxset. Preorder the album here.

Metal Sucks Greatest Hits
0 -
Exclusive Interview: John Baizley of Baroness on the Bus Crash, Recovery and the Future
0 -
A Sh*tstain on the Ass of the Universe, #28: Lie or Liar
0 -
What in the Mother of F*CK Did I Just Watch???
0 -
Editorial: Your Dead Metal Heroes Were No Angels
0 -
Rigged: Luc Lemay of Gorguts
30 -
Exclusive: Burzum Launches Clothing Line