Hopefully you’re not sick of reading about the state of modern metal yet! Last month, Michael Wuensch of Last Rites penned an insightful and hilarious piece that was largely passed over amidst all the fiery discussion that’s been igniting recently. Yet most of those writers have been complaining in circles: Wuensch’s article holds more promise for the future of metal music than anything else published to date, and the article isn’t even specifically about music. Instead, it’s about the modern metal media, the websites and magazines and radio stations and blogs that seem to crop up these days more frequently than new members of The Faceless. Whether you like it or not, these mouthpieces of metal culture – that is to say, the very institutions that determine what we consider “modern metal” – are as integral to the state of the scene as the music itself.

The gist of Wuensch’s article was that it is ultimately up to the media to regulate, refine and slow the flow of new music that is recommended to fans, a responsibility that pertains equally to specialized sites and mainstream publications. The negative outlook on the state of modern metal – the viewpoint that holds that most modern metal is lazy, derivative and/or overproduced – doesn’t exist because music is getting worse, or because there’s too much music out there.

To paraphrase Wuensch: it’s as ridiculous to blame bands for making too much music as it is to call out Tragedy for being too crusty. Instead, that negative perspective exists primarily because journalists these days are focusing on quantity over quality, sticking their noses into anything and everything that smells like it could pass for a hot, steamy 50,000-click blog post. Fans, too, are partially at fault, or at least those that jump from stream to stream without really committing to the art.

In its fervent jump from one genre to the next, the media exaggerates, reinforces, and perpetuates stereotypes, compressing the entire timeline of a subgenre into a mere couple of years. The flavor of the week or month or year gets disproportionate coverage, and while at first, this leads to a showcasing of the diversity of acts within a scene, later along in the trend cycle, things appear to have flattened out into a recycling and rehashing of common influences, a phenomenon that’s often perpetuated by the new bandwagonners.

The media’s presentation of music makes it seem like forms and ideas are narrowing rather than broadening. Information buries us, almost all of it new, and while on the surface it seems like a great idea to cover as many bands (and underground bands in particular) as possible, it ultimately makes it more troublesome for readers, fans, writers, musicians and everyone else involved to parse the music market for things they can be compelled actually to sit down with and enjoy for periods of time longer than a month. Though it might seem counterintuitive, the best way to respond to the “modern metal sucks” argument isn’t to retort with countless examples of why it doesn’t.

So while you might find this to be a strange discussion to preface the inauguration of a column that’s about to recommend you even more new music, bear with me. Twice per month, Foul Alchemy will seek to highlight releases from artists that have largely avoided being caught on any side of the modern media approach by developing music that is unviable in a commercial sense and which is difficult to imitate or emulate. In short, these are artists whose music is literally in a league of its own, and this column strives to address that music on a more in-depth, measured pace, one album at a time.

In the spirit of those fellows who were mucking around with the elements of the earth when science was being mistaken for witchery, Foul Alchemy aims to focus on artists that experiment with seemingly disparate musical ingredients in the hopes that their metals will be transmuted into gold (or water). Like the end products of those early alchemical endeavors, not all of these combinations result in ways you’d expect. Most of what Foul Alchemy plans on covering is so impenetrable or otherwise off-the-wall that it’d be foolish to look for an easy determination of good or bad anyways (not that it isn’t usually). So without further ado, let’s meet… 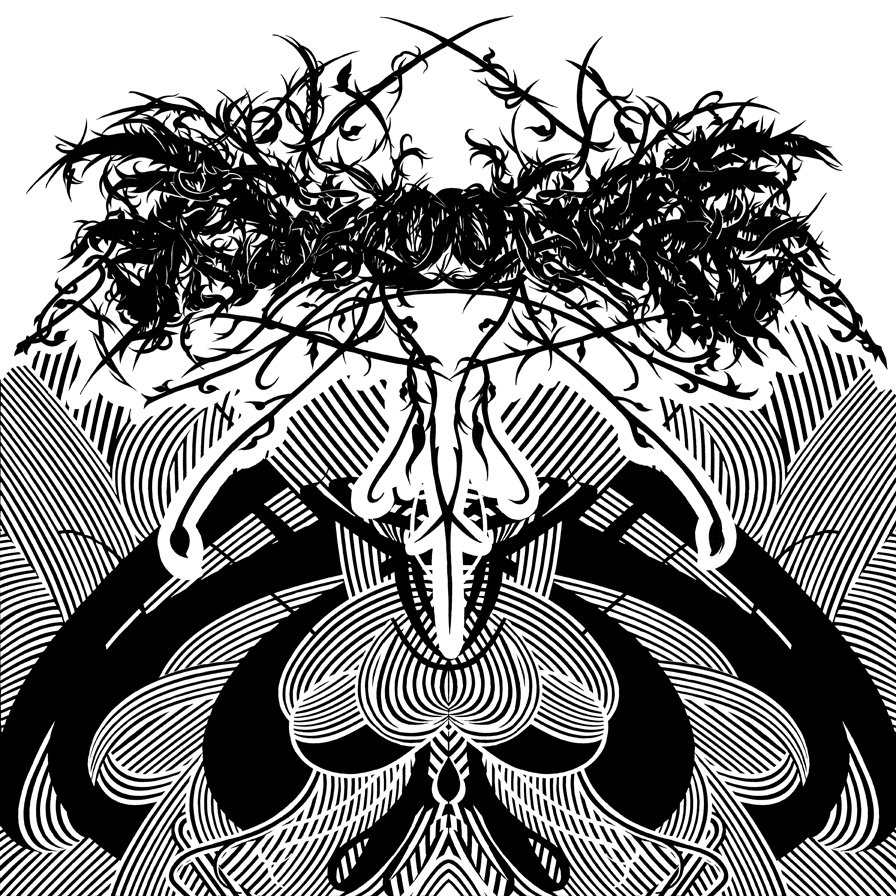 A warning: Colin Marston’s name will likely reappear any number of times in this column, given the sheer ingenuity the man possesses. If you thought Behold The Arctopus was off the wall, then you should take a gander at its little brother. Indricothere, named for a now-extinct subfamily of giant land mammals, is Colin Marston’s solo instrumental technical metal project, and, while less outwardly frenetic than BTA’s mathy regimen, boasts an incredible and genre-defying range of textural and harmonic elements (actually, some of the tracks for Indricothere were originally discarded BTA tracks, and the track “Annihilvore” boasts striking similarities to Indricothere). Marston can’t hold onto a riff for any longer than it takes you to comprehend it, and often for far less time – and the progression of the through-composed approach takes no small effort to grasp. The programmed drums sound more real than any IMN-approved VST; blast beats abound, and the double kick is near-constant. But amidst all the chaos, Marston sews in some truly beautiful melodies and atmosphere. There’s also a keg, à la Slipknot (check out the 6-minute mark of “IX”), and bass drops (throughout).

In Indricothere, you can hear a little bit of many of the projects Colin has been a part of – Gorguts, Krallice, Dysrhythmia, R. Loren’s work – as well as tons that he’s simply had a hand in producing, like those specific dissonances usually associated with Pyrrhon, Artificial Brain and Imperial Triumphant. Surprisingly, Indricothere’s available catalog is actually more composed of long-form ambient than extreme metal. It’s interesting that Marston has chosen to release such polar opposite forms of music under the same name, but then again, it makes sense when you consider the multi-instrumentalist’s long history of meshing seemingly incongruent timbres, textures and themes. Indricothere, the project’s first release, is the other slice of metallic insanity in Indricothere discography, and it’s well worth a listen too (especially the closing track “III”). Stream II, as well as the rest of Indricothere’s catalog, for free, or purchase a digital version on Bandcamp below. Vinyl is available via Gilead Media.

Foul Alchemy welcomes reader feedback. Please send all suggestions, love letters and death threats to news AT metalsucks DOT net with FOUL ALCHEMY in the subject line or drop them in the comments section below.

Original art for header from Inside the Cave by Eren Akinci.